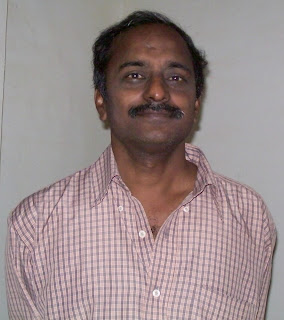 It is not an encounter at all!! It is a cold blooded murder by AP Police!!

Let us avenge the killings of the beloved comrades by the khaki clad fascist gangs of AP government!!

Azad was arrested at Nagpur on June 1st along with com. Hem Pandey

On June 1st, the notorious Andhra Pradesh Special Branch Police for its abductions and cold blooded murders, have arrested com. Azad, Polit  Bureau member and Spokesperson of CPI (Maoist), and com. Hem Pandey, a zonal committee level comrade in Nagpur city around 11’o clock when they went to meet a comrade who was supposed to receive them from Dandakarnaya zone. Com. Azad reached Nagpur around 10 am on the fateful day along with com. Hem Pandey, after travelling from long distance. With specific information, the lawless goons of AP SIB abducted them, perhaps flown them in a helicopter, to Adilabad jungles near Maharashtra border and killed them point block and in cold blood.

We pay our red homage to our beloved comrades and vow to take vengeance of these killers.

Comrade Azad is one of the senior most party leaders of CPI (Maoist). He was born in Krishna district of AP, in a well to do family. He did his school education in Sainik School, at Korukonda of the present Vizianagaram District. Com. Surapuneni Janardhan, a legendary comrade of the student movement brought com. Raj Kumar into RSU in 1974. A brilliant student at the Regional Engineering College, which became famous as Radical Engineering College in those days, he finished his Mtech in Chemical Engineering and moved to Vishakhapatnam as per the Party direction. He was the second president of AP Radical Students Union till 1984. He was the catalyst behind many all Andhra wide student agitations and peoples movements in that period. He became the district committee member of vizag unit of the CPI (ML) (PW). He moved length and breadth of India, to organize the Seminar on Nationality question held in Madras (now Chennai) in 1981. He was shifted to Karnataka in 1982 and com. Azad was one of the founder members of the Karnataka Party and worked as the secretary of the Karnataka State Committee. He was taken into CC, after the Central Plenum in 1990. He was the elected member of CC in the All India conference in 1995 and since then he served in CC and PB. He continued in those posts after the formation of CPI Maoist too in 2004. He has been the spokes person of the CC since then.

Known for his simple life and hard work; voracious reading and brilliant analyses of situations, crystal clear articulation and sharp logic, and fine organizational skills, he contributed widely to the revolutionary movement in many spheres. He wrote profusely to the People’s March, Peoples war (theoretical organ of the CPI (Maoist), and to the Maoist Information Bulletin. He wrote a fine critique of the intellectuals of AP, who got disillusioned and lost faith in revolutionary movement after the 1990 events of collapse of soviet imperialism and its satellite regimes.

In his death, the Indian revolutionary movement lost an exemplary comrade and a shining star, who served the movement more than three and half decades.

Just before his last journey, he received questions for interview from a well known magazine. He replied that he was in the journey and would send the answers as early as possible.

It is not Sukhdev, but com. Hem Pandey of Uttarakhand who was killed by APSIB

Com. Hem Pandey, 30, hailed from a nearby village of Pithoragarh town of Uttarakhand State. He did his MA history in Nainital University and got himself registered in PhD. While he was in college, he was active member of AISA, and slowly realizing he pseudo revolutionary character of AISA politics, he moved to the radical groups, later in 2001 he joined the then CPI (ML) (PW). He organized peasantry in the mountainous villages in Almora district, taking up umpteen numbers of issues of peasantry, including the problems arose out of Binsar Sanctuary. Soft-spoken, bespectacled, lean and energetic Com. Hem won the love of people of that region. He was moved into more important works in 2005. He had done his new assignments with patience and endurance. His appetite for learning new things, reading more and more, and zeal for penning his ideas are things for the emulation for all the revolutionaries. He has written various articles to newsmagazines under various pen names. We request the civil rights organisations to demand the A P police to send the body of com. Hem Pandey to his bereaved mother who is in Haldwani, Uttarakhand state, who is his sole surviving parent.

APSIB- the Indian avatar of Mossad

The Andhra Pradesh Special Intelligence Bureau, which has been partially trained partially by the Mossad, has acquired the notoriety of its master trainer-Mossad, in India. It has been moving across the state borders, and conducting abductions and cold blooded murders with impunity. This is all happening with clear blessings of Manmohan- Sonia and Chidambaram. This fascist gang has established its tentacles all over India, resorting the killings of revolutionaries, scoffing at the recent AP high court judgement that all encounters are to be first booked as murders under IPC 302, Ultimaely these killers will be taken to task by the revolutionary masses.

Will Chidambaram expect CPI (Maoist) to sit for talks with his blood on his hands of com. Azad and com. Hem Pandey?

CPI (Maoist) never contested or raised any hue and cry in the case of real encounters. The AP Police is resorting to globbeian lies, not believed even by gullible. CPI (Maoist) stood for truth and accountability to the people, and always stated facts. There is no such programme of Azad going to Sarkepally forest of Adilabad. Azad was going to discuss with our comrades, inter alia, the concrete proposals of well meaning people like Swamy Agnivesh about particular dates for the mutual cease fire. He was a carrying the confidential letter of Swamy Agnivesh written to Azad dated- 26th June 2010. Will Chidambaram expect CPI (Maoist) to sit for talks with his blood on his hands of com. Azad and com. Hem Pandey? He calls repeatedly to us to abjure violence? Killing the unarmed comrades by AP Police with your blessings – is it not like devils chanting scriptures?

When there is no movement and organization in Adilabad, what is the necessity of Azad going to Azad? That the police found AK47 is again white lie. He alighted from a train around 10 am along with com. Hem Pandey in Nagpur Station, and was caught by the APSIB unarmed. Is the government following its own constitution of article 21? Is the government following kernel of the Geneva Convention that “defenceless persons” should not be harmed? Is it not utter hypocrisy and hoax that on one hand the government is placing the prevention of torture bill and the police every minute resorting to the torture of the detained? It is a concocted story of encounter repeated ad nauseum, by the AP Police, churned out to the media umpteen times. The right life, guaranteed under the constitution is mocked and the right to be produced within 24 hours of the arrest is metamorphasized into killing within 24hours of arrest, so that there is no scope for any redressal by their near and dear.

We appeal to the civil rights organizations, democrats, patriots to raise to raise to the occasion thoroughly investigate this fake encounter as an example of extra judicial killing that are happening in scores in this country and bring out the truth before the people.