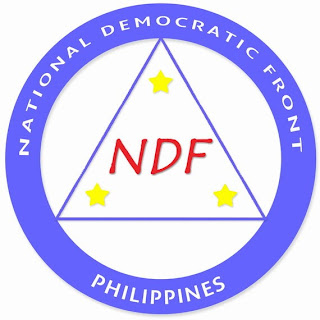 We are confident that the Communist Party of India (Maoist) will win victory against the “War on People” being waged by the Indian reactionaries supported by US imperialism and other imperialist powers.

We reiterate our firm support for the People's War in India launched and led by the Communist Party of India (Maoist). We are confident that, with the enthusiastic participation and support of the oppressed masses in India, the CPI (Maoist) will win victory against the fascist “War on People” being waged by the Indian reactionaries supported by US imperialism and other imperialist powers.


The regime's “Operation Green Hunt” and other forms of its “War on People” are bound to be defeated by the Indian revolutionary forces led by the CPI (Maoist). As Comrade Ganapathy, Secretary General of CPI (Maoist) has aptly declared, “People who are the makers of history will rise up like a tornado under our party's leadership to wipe out the reactionary blood-sucking vampires ruling our country.”


In the Philippines, the Filipino people are also waging a People's War against US imperialism and the local reactionaries of big landlords and compradors. We are fighting against the US-designed fascist counter-insurgency program, deceptively named “Oplan Bayanihan” (Operation Plan Cooperation), which perpetrates gross human rights violations against the peasants, workers, indigenous people, urban poor, women, youth and other sectors of the people. The puppet Aquino regime carries out the neoliberal policies of liberalization, deregulation, and privatization..The oppressed masses in the Philippines are rising to wage militant struggles led by the CPP.. They participate and enthusiastically support the people's war that is now being carried out  in 70 out of 81 provinces of the country.


We take this occasion to render our revolutionary salute to Comrade Azad and all the martyrs of the Indian people's Revolution. They live in the People's War and anti-imperialist and revolutionary struggles in India and in the world. We likewise honor our beloved guerrilla commander and spokesperson of the CPP, Gregorio “Ka Roger” Rosal and other revolutionary martyrs of the Filipino people.


We salute our comrades-in-arms waging People's War in India! We wish them and the Indian people they lead ever greater victories in their New Democratic Revolution and in establishing the People's Democratic Federal Republic and thereafter the socialist system, Their brilliant victories inspire us and other revolutionary forces in the world.


We take this opportunity to express our very deep appreciation for the week of solidarity last April which the CPI (Maoist) carried out for the CPP and the People's War in the Philippines.