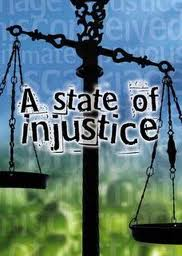 On 21st May 1991 the IndianPrime Minister Rajiv Gandhi was killed by a suicide bomber as he was speaking to an election rally in Sriperumbudur in Tamil Nadu. Within three weeks, the Indian intelligence service concluded that the Liberation Tigers of Tamil Elam (LTTE) were responsible and cited the 1987 agreement between the Indian and Sri Lankan Government, and the resulting Indian military intervention in Sri Lanka as the motive for the assassination. Following the Indian military intervention in Sri Lanka, numerous innocent Tamils were killed and countless women were raped.

Of course, there was an obvious aim behind the assassination of the prime minister. Regardless of the fact that Rajiv Ghandi and his military committed war crimes and murders during the intervention, killing is not the ultimate solution. Even though there was a strong chance for the emergence of a people’s war against the Indian government and its ‘regional expansionist mentality’, Rajiv Gandhi’s murder diverted the public opinion, as it was an act of terrorism.

However, there are other controversies, such as his wife, Sonia Gandhi, and other politicians could have been behind the murder.
In May 1992, Indian government filed charges against 41 accused in a lengthy report citing 1180 "material objects" and 1477 documents. Of the 41 accused people, 12 were dead and 26had spent many months in prison without charges.
On the 28th January 1998, all 26men and women were sentenced to death by hanging. Their individual culpability and motive was assumed on the basis of general observations.
The execution of three innocents is arranged before the 09.09.2011. Amnesty International has claimed the forthcoming execution of the three men convicted for the assassination of former Indian premier Rajiv Gandhi as “a death sentence wrongly given to innocent Tamils.”
Two Sri Lankans and an Indian national condemned for the assassination of Mr Gandhi are facing imminent execution in Vellore prison in Tamil Nadu.
The inexcusable allegations against those prisoners, such as“travelling with LTTE cadres” and “buying batteries”, show that they are innocents.
A 20-year-old woman immolated herself inside the Taluk office in Kancheepuram on Sunday evening, protestingthe death sentence presented to Santhan, Murugan and G. Perarivalan aliasArivu, convicted of plotting the 1991 assassination of the former PrimeMinister, Rajiv Gandhi.
The Indian and Sri Lankan governments are attempting to divert the attention towards the innocent accused.
Indian state terrorism is performing the genocide by evacuating and murdering indigenous people in from their own home land in their own country on behalf of corporate companies. Indian military and government participated with Sri Lankan government just to massacre more than fifty thousand innocents within three days.
Now the innocents are anticipating their death sentence. They are expecting the world’s support and help, to escape from state terrorism.
-Saba Navalan
Posted by nickglais on 8/30/2011 03:59:00 PM

So nice article yours.