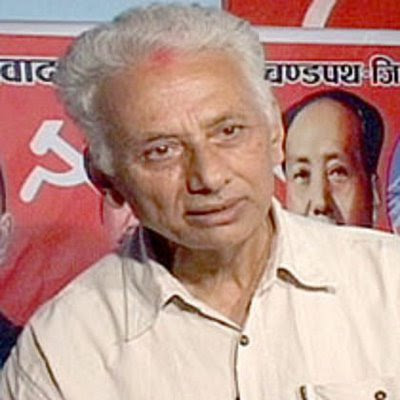 UCPN (Maoist) foreign department chief C. P. Gajurel said his party is ready to end the House deadlock if other parties agree to debate the president’s move at the parliament.

Speaking at an interaction in capital on Tuesday, he proposed that both the issues, oath row of the vice president and president’s move to reinstate army chief must be tabled at the parliament simultaneously.

However, he cautioned the ruling coalition must be prepared to accept the results of the debate as it could leads to fall of the current coalition government. He further said his party opposes the steps taken by VP Paramananda Jha. Had he taken oath in his mother tongue Maithili, he would have received our support, he added.

The Terai based parties in a joint appeal have asked the opposition party to end the House deadlock so that constitution amendment proposal would be tabled at the parliament to end VP Jha’s oath row
Posted by nickglais on 9/01/2009 01:36:00 PM