Britain rejected Venezuela’s request to withdraw $1.2bn in gold stored in the UK, according to reports. 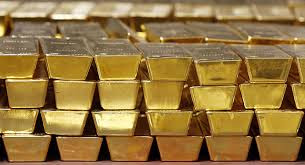 It only confirms the validity of our solidarity - and solidarity must build fast - and be a wildfire to stop these criminal actions against our brothers and sisters in Venezuela.


Britain rejected Venezuela’s request to withdraw $1.2bn in gold stored in the UK, according to reports.

It was enough for the self-declared and US-backed ‘president’, Juan Guaido, to support the alleged move.

The Bank of England blocked Venezuela’s attempts to retrieve $1.2 billion worth of gold stored as the nation’s foreign reserves in Britain, sources told Bloomberg on Friday.

According to the media outlet, officials in Caracas have for weeks been trying to withdraw the gold, with Calixto Ortega, the head of Venezuela’s central bank, traveling to London in mid-December to seek access to the nation’s assets.

The talks were “unsuccessful,” as US Secretary of State Mike Pompeo and the national security advisor to President Donald Trump, John Bolton, pressured their British counterparts to freeze the Venezuelan assets, Bloomberg reported, citing people familiar with the matter.

By some estimates, Venezuela holds more than $8 billion in foreign reserves. According to earlier reports, the amount of Venezuelan gold kept in the Bank of England doubled in recent months, growing from 14 to 31 tons.

The South American nation has reportedly experienced problems in extracting its own gold from the Bank of England in the past. Bankers in Britain were allegedly concerned that Venezuelan officials would sell the state-owned gold “for personal gain.”

The Bank of England, along with press officials for Pompeo and Venezuelan leader Nicolas Maduro, declined to comment.

Despite the fact that the story was not confirmed, the alleged move of the British bank was swiftly praised by the self-proclaimed ‘interim president’ of Venezuela. “The process of protecting the assets of Venezuela has begun,” Juan Guaido tweeted.

“We will not allow more abuse and theft of money intended for food, medicine and the future of our children.”

Guaido, the speaker of the national parliament, declared himself ‘interim president’ of the state earlier with week in opposition to Maduro. He was subsequently recognized as the “legitimate” leader of Venezuela by the US, Canada, and the majority of South American nations.