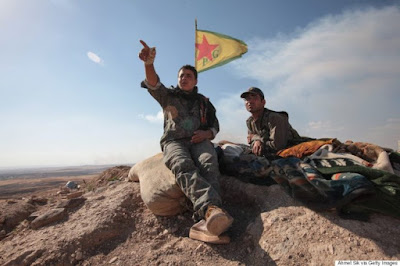 BEIRUT, LEBANON (11:20 A.M.) – The Turkish Army, alongside the the Euphrates Shield forces, launched a powerful assault at the strategic mountaintop of Jabal Barsaya this morning.

Backed by close air support from their attack choppers, the Turkish Army and their allies stormed the northern axis of Jabal Barsaya in a new bid to enter the northeastern corridor of the Afrin Canton.

No gains have been reported thus far.

Previously, the Turkish Army and their allies attempted to capture Jabal Barsaya; however, they were ultimately driven back by the Kurdish-led People’s Protection Units (YPG).

Jabal Barsaya is the highest point in the Afrin Canton and control over this mountaintop means that the Turkish Army would have fire control over the northeastern axis of this region. 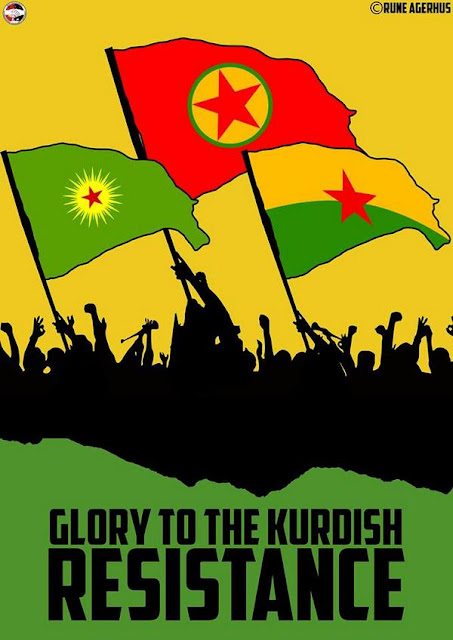 SPEAK UP FOR KURDISH RESISTANCE FIGHTING TURKISH INVASION - BREAK THE SILENCE
Posted by nickglais on 1/28/2018 03:11:00 AM