Charlottesville : From Insult to Injury and Death and the Nazi Big Lie 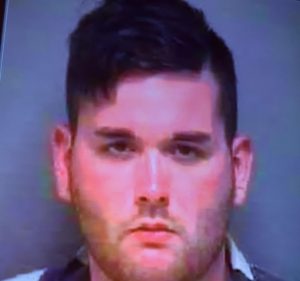 Democracy and Class Struggle says Charlottesville saw a Big Lie campaign on the Internet by the Nazi and Alt Right to blame the victims saying leftist was driving car that plowed in Black Lives Matter and Anti Fascist Protesters - you can find their lies all over social media and you tube- the car driver was a rightist called James Alex Fields Jr - picture above.


It’s been a tragic and downright disgusting day in Charlottesville, Virginia today after protests turned violent and a terrorist attack took place.  Early this afternoon a Dodge Challenger plowed into a crowd of anti-KKK protesters in Charlottesville.  The attack injured dozens, many critically, and killed a 32-year old woman.

Police arrested the man shortly after the attack took place, and just now we are getting word of who this sick individual allegedly was.  James Alex Fields Jr. was arrested and booked this afternoon on suspicion of second-degree murder.  The man, who is a registered Republican voter in the State of Ohio, was arrested wearing a white shirt and khaki pants, similar to a group of white nationalist protesters on hand and photographed earlier in the day.  Fields recently turned 20-years-old and is a resident of Maumee, Ohio​.

Social media users originally accused a man named Joel Vangheluwe of being the perpetrator of the attack, but Vangheluwe quickly refuted the claims saying that he had sold the vehicle and was currently at a wedding with his girlfriend.  Those on the right continued to push that it was Vangheluwe, calling him a radical leftist ANTIFA member in an effort to portray a picture that those on the left were responsible for this attack.  As it turns out, they were wrong, and in fact it appears that the driver was a registered Republican Voter, and likely Trump supporter..
Posted by nickglais on 8/13/2017 03:12:00 AM