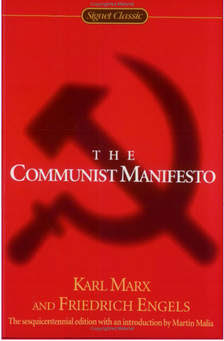 Democracy and Class Struggle says we have got used to lies in politics and Trump symbolizes that - but Academia was supposed to be where truth could be spoken but now also have public intellectuals as liars - all hoping I assume we do not read the basic texts like the Communist Manifesto - but just take their word for what is in it.


Jordan Peterson in his debate with Zizek  makes his opening statement as an attack on the Communist Manifesto which he see's as a source "evil" in the world.

He says he will give us 10 points to illustrate how wrong it is factually - he does not do that but meanders from assertion to assertion conflating and confusing.

His first point is that Marx is wrong about importance of Class Struggle which Peterson wrongly defines as just economic but more importantly Peterson say that fundamental struggle is biological and hierachical - this drags us back a 100 years to the debates between Marxism and Social Darwinism when Anton Pannekoek exposed the confusion of conflating natural with social laws - so much for Peterson's great leap backwards.

It is well worth re reading this debate as Jordan Peterson essentially recycles Social Darwinian arguments in the 21st Century.

The Real Binary for Jordan Peterson is subjective Good and Evil not objective sociological Class Struggle or Bourgeois and Proletarians.

This leads us into Nietzche one of Peterson's heroes who was appalled at the Paris Commune Uprising and welcomed the suppression of the "evil" Communards.

Jordan Peterson asserts that Marx and Engels thinks all good is with proletariat and all evil with bourgeoisie and ignores what that Communist Manifesto actually says about sections of the Bourgeoisie breaking with their class and bringing enlightenment to the Proletariat and idea later developed by Lenin in What is to be Done.

The idea of the Dictatorship of the Proletariat comes much later and is originally associated with General Joseph Weydemeyer a Union Army Colonel fighting for the abolition of slavery and Marx and Engels applied the term to describe the political essence of the Paris Commune the first serious attempt at proletarian state power.

Therefore the rising of the Communards introduces us to Nietzhean Evil but our Good to be recycled over a hundred years later by Jordan Peterson .

Then we get another detour from Jordan Peterson into Political Economy again what he says and asserts is not in the Communist Manifesto.

Jordan Peterson asserts that exploitation does not lead to wealth and is inefficient !

He conflates Proudhon with Marx with the "Property is Theft" Quote.

Peterson confuses economic categories and  does not deal with the idea of surplus and surplus value but just one of its manifestations profit and says how Marx did not understand business forgetting that a successful business man was co- author of the Communist Manifesto Frederich Engels of  Engels and Ermen of Manchester.

Everything must be run for profit ( its idiocy not too he asserts) says our Public "intellectual" who as never heard of surplus value and feels profit comes for time delay or abstinence and other fairy tale stories of capitalism.

This last statement reveals the utter utopian nature of free market capitalism it is an unbelievable fantasy  while communism as Marx and Engels said in 1845 in the German Ideology..

"Communism is for us not a state of affairs which is to be established, an ideal to which reality [will] have to adjust itself.

We call communism the real movement which abolishes the present state of things.

Thank you Alan. This guy is completely estranged from objective reality,
impervious to facts. A wonderful presentation of the sale of intangibles
and false hope.