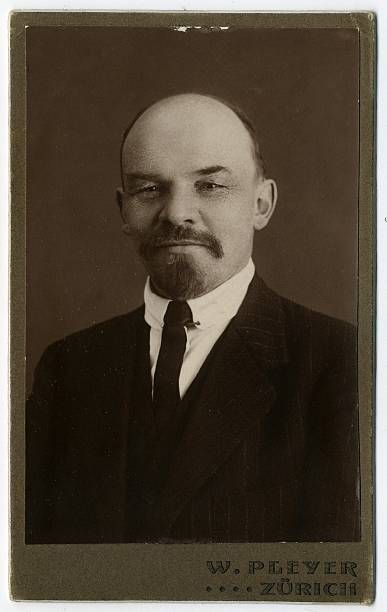 Published: Put Pravdy No. 77, May 4, 1914. Published according to the text in Put Pravdy.
Source: Lenin Collected Works, Progress Publishers, 1972, Moscow, Volume 20, pages 277-280.
Translated: Bernard Isaacs and The Late Joe Fineberg
Transcription\Markup: R. Cymbala
Public Domain: Lenin Internet Archive (2004). You may freely copy, distribute, display and perform this work; as well as make derivative and commercial works. Please credit “Marxists Internet Archive” as your source. • README
The profound ideological change that has taken place among the opposition, or progressive, sections of the people is an extremely important and distinctive feature of post-revolutionary Russia. To forget this distinctive feature is to prevent oneself from understanding the Russian revolution and its character, as well as the tasks of the working class in our time.
The ideological change among the liberal bourgeoisie is expressed in the rise of an anti-democratic trend (Struve, Izgoyev and V. Maklakov openly, the rest of the Cadets secretly, “bashfully”).
Among the democrats this change is expressed in the utter ideological confusion and vacillation that prevail among both the Social-Democrats (proletarian democrats) and the Socialist-Revolutionaries (bourgeois democrats). Even the best representatives of democracy confine themselves to bewailing this confusion, vacillation and back sliding. The Marxists, however, look for the class roots of this socialphenomenon.
The chief symptom of this break-down is liquidationism, which as far back as 1908 was officially defined as “an attempt by a certain part of the intelligentsia to liquidate” the “underground”, and to “substitute” for it a legal workers’ party, a definition that was endorsed by “the entire Marxist body”.[2] At the last official meeting of leading Marxists held in January 1910, which was attended by representatives of all “trends” and groups, there was not a single person who protested against the condemnation of liquidationism as a manifestation of bourgeois influence on the proletariat. This condemnation, which was also an   explanation of the class roots of liquidationism, was adopted unanimously.
Over four years have passed since then, and the vast experience of the mass working-class movement has provided a thousand proofs that this appraisal of liquidationism is correct.
The facts have shown that, between them, the theory of Marxism and the practical experience of the mass working-class movement have killed liquidationism, which is a bourgeois and anti-workers’ trend. It is sufficient to recall how, in a single month, March 1914, Severnaya Rabochaya Gazeta vilified the “illegal press” (issue of March 13), and demonstrations (Mr. Gorsky in the issue of April 11), and how Bulkin, in perfect imitation of the liberals, vilified the “underground” (Nasha Zarya No. 3), how the notorious L. M., on behalf of the editors of Nasha Zarya, fully supported Bulkin on this point and argued the case for “building a legal workers’ party”—it is sufficient to recall all this to understand why the attitude of the class-conscious workers towards liquidationism cannot be anything else than that of ruthless condemnation and complete boycott of the liquidators.
But here a very important question crops up: How did this trend arise historically?
It arose in the course of the twenty years’ history of Marxism’s ties with the mass working-class movement in Russia. Up to 1894–95 there were no such ties. The Emancipation of Labour group only laid the theoretical foundations for the Social-Democratic movement and took the first step towards the working-class movement.
It was only the propaganda of 1894–95 and the strikes of 1895–96 that established firm and inseverable ties between Social-Democracy and the mass working-class movement. And immediately an ideological struggle commenced between the two trends of Marxism: the struggle between the Economists and the consistent Marxists or (later) Iskrists (1895–1902), the struggle between the Mensheviks and Bolsheviks (1903–08), and the struggle between the liquidators and the Marxists (1908–14).
Economism and liquidationism are two different forms of the same petty-bourgeois, intellectualist opportunism that   has existed for twenty years. That there is a personal as well as ideological connection between all these forms of opportunism is an undoubted fact. It is sufficient to mention the name of the leader of the Economists, A. Martynov, who subsequently became a Menshevik and is now a liquidator. It is sufficient to call a witness like G. V. Plekhanov, who, on very many points,[1] stood close to the Mensheviks, but nevertheless openly admitted that the Mensheviks absorbed intellectualist opportunist elements into their ranks, and that the liquidators continued the errors of Economism and were disrupters of the workers’ party.

People who (like the liquidators and Trotsky) ignore or falsify this twenty years’ history of the ideological struggle in the working-class movement do tremendous harm to the workers.
A worker who takes an anythingarian attitude towards the history of his own movement cannot be considered class-conscious. Of all the capitalist countries, Russia is one of the most backward and most petty bourgeois. That is why the mass working-class movement gave rise to a petty-bourgeois, opportunist wing in that movement, not by chance, but inevitably.
The progress made during these twenty years in ridding the working-class movement of the influence of the bourgeoisie, of the influence of Economism and of liquidationism, has been tremendous. For the first time, a real, proletarian foundation for a real Marxist party is being securely laid. It is generally admitted, even the opponents of the Pravdists   are compelled to admit—the facts compel them to admit it!—that among class-conscious workers the Pravdists constitute the overwhelming majority. What the Marxist “plenum” of January 1910 recognised theoretically (that liquidationism is “bourgeois influence on the proletariat”), the class-conscious workers have been putting into practice during the past four years; they have secured practical recognition of it by weakening the liquidators, by removing them from office, by reducing liquidationism to a group of legal, opportunist publicists standing outside the mass working-class movement.
During this twenty-year-old conflict of ideas the working-class movement in Russia has been growing in scope and strength and steadily maturing. It has defeated Economism; the flower of the class-conscious proletariat have sided with the Iskrists. At every decisive stage in the revolution they have left the Mensheviks in the minority: even Levitsky himself has had to admit that the masses of the workers sided with the Bolsheviks.
And, finally, it has now defeated liquidationism and, as a result, has taken the correct road of the broad struggle—illumined by Marxist theory and summed up in uncurtailed slogans—of the advanced class for the advanced historical aims of mankind.

[1] Why do we say “on very many points”? Because Plekhanov occupied a special position, and departed from Menshevism many times: (1) at the 1903 Congress Plekhanov fought the opportunism of the Mensheviks; (2) after the Congress Plekhanov edited Nos. 46–51 of Iskra, also in opposition to the Mensheviks; (3) in 1904 Plekhanov defended Axelrod’s plan for a Zemstvo campaign in such a way that he passed over its chief mistakes in silence; (4) in the spring of 1905 Plekhanov left the Mensheviks; (5) in 1906, after the dissolution of the First Duma, the stand Plekhanov took was not at all a Menshevik one (seeProletary,[3] August 1906); (present edition, Vol. 11, pp. 179–83.—Ed.); (6) at the London Congress in 1907—as Cherevanin relates—Plekhanov opposed the “organisational anarchism” of the Mensheviks. One must know these facts in order to understand why the Menshevik Plekhanov so long and so resolutely fought liquidationism and denounced it. —Lenin
[2] This refers to the Fifth Conference of the R.S.D.L.P. (the All-Russia Conference 1908). (See Note 52.)
[3] Proletary (The Proletarian)—a Bolshevik illegal newspaper, published from August 21 (September 3), 1906 to November 28 (December 11), 1909 under the editorship of Lenin. Fifty issues were published. Active collaborators on the paper were M. F. Vladimirsky, V. V. Vorovsky, I. F. Dubrovinsky, A. V. Lunacharsky and others. The first twenty issues were prepared for the press and set up in Vyborg, but as conditions for the publication of an illegal organ in Russia became extremely difficult, further publication was transferred abroad (Geneva and Paris).
Proletary was virtually the Central Organ of the Bolsheviks. Most of the work on the paper was done by Lenin, several of whose articles appeared in a most every issue. Proletary published over a hundred articles and paragraphs by Lenin an the most important issues of the revolutionary struggle of the working class. The paper dealt with tactical and political questions of general interest and carried reports on the activities of the Central Committee of the R.S.D.L.P., the decisions of conferences and plenary meetings of the C.C., letters of the C.C. on various questions of Party activities, and a number of other documents. A supplement to No. 46 of the newspaper published a report on the conference of the extended Editorial Board of Proletary, as well as the resolutions of that meeting, which was held in Paris on June 8--17 (21–30), 1909. The newspaper was in close touch with the local Party organisations.
During the years of the Stolypin reaction Proletary played an outstanding role in safeguarding and strengthening the Bolshevik organisations, in fighting the liquidators, otzovists, ultimatumists and god-builders.