Nepal: A Plan of National Surrender 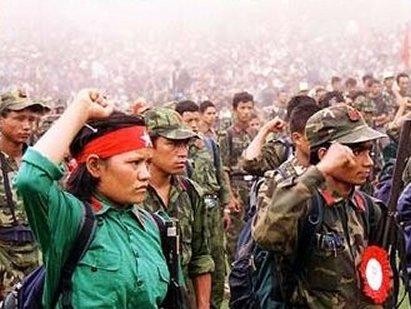 Source : The Next Front

Prachanda and Baburam have decided to handover of arms container’s key to Army Integration Special Committee (AISC). After all they have come out in their real color. Now they have fulfilled their mission of political surrender. The reactionary forces inside the country and abroad have appreciated this decision and the revolutionaries forces are extremely worried.
It is a suicidal decision for the Maoist Party. In fact, it is the decision of national surrender and betraying the revolution. Disarming the People’s Libration Army means liquidation of the PLA.

This evening, issuing a press statement, Comrade Mohan Baidhya ‘Kiran’ vice chairman of UCPN (Maoist) has denounced the handover of arms containers’ keys to the Army Integration Special Committee (AISC). In his press statement he has warned that the decision would be suicidal for the Maoist party itself. As he states : “This move has come against the decision of (the party’s) central committee and standing committee. The decision made in a hurry is meant to disarm and dissolve PLA.”