The International League of Peoples' Struggle (ILPS) welcomes the historic meeting between DPRK Leader Kim Jong Un and ROK President Moon Jae-in as a positive step in realizing the aspiration of the Korean people for peace, prosperity and unification of their country. 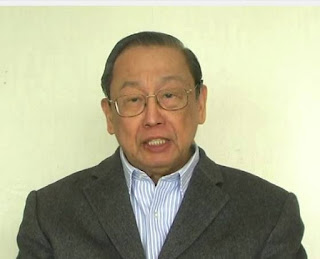 The International League of Peoples' Struggle (ILPS) welcomes the historic meeting between DPRK Leader Kim Jong Un and ROK President Moon Jae-in as a positive step in realizing the aspiration of the Korean people for peace, prosperity and unification of their country.

The historic meeting marks a high point in the efforts of both Koreas to improve inter-Korean relations. It was brought into motion by the New Year speech of Chairman Kim Jong Un wishing success to the Winter Olympics in Pyeongchang and pointing to the need for taking positive measures to "improve inter-Korean relations, avoid acute military confrontation and remove the danger of war between north and south."

At the historic Inter-Korean Summit Meeting held in the 'Peace House' at Panmunjom on April 27, 2018, the two leaders Kim Jong Un and Moon Jae-in announced before the 80 million people of Korea and the whole world their commitment to end the state of war and to start a new era of peace in the Korean Peninsula. They cited the following main points of agreement:

1. South and North Korea will reconnect the blood relations of the people and bring forward the future of co-prosperity and unification led by Koreans by facilitating comprehensive and groundbreaking advancement in inter-Korean relations. Improving and cultivating inter-Korean relations is the prevalent desire of the whole nation and the urgent calling of the times that cannot be held back any further.

2. South and North Korea will make joint efforts to alleviate the acute military tension and practically eliminate the danger of war on the Korean Peninsula.

3. South and North Korea will actively cooperate to establish a permanent and solid Peace regime on the Korean peninsula. Bringing an end to the current actual state of armistice and establishing a robust peace regime on the Korean peninsula is a historical mission that must not be delayed any further.
US imperialism remains as the biggest stumbling block to the peaceful reunification of the country.

Its interference in Korea in 1950-53 resulted in the death 3 million Koreans and 50,000 US soldiers. The US maintains 28,500 troops in the south. It deployed in April 2017 the THAAD (Terminal High-Altitude Area Defence) system over the protests of local residents and opposition from Moon Jae-in who was then the front-runner in the May 2017 presidential elections in south Korea.

We, the International League of Peoples' Struggle, reiterate our support for the just aspiration of the Korean people for the peaceful reunification of their country.

We support the will of the Korean people to unify their country without outside interference.

We support the desire of the people of the two Koreas to develop cooperation on a broad range of areas for the realization of shared prosperity.

We reiterate our demand that the US cease issuing threats of nuclear annihilation, stop imposing economic and military blockade and other forms of sanctions and stop conducting provocative war exercises against the DPRK.

We demand that the US negotiate a peace treaty with the DPRK to end the state of war and tensions in the Korean peninsula.