Democracy and Class Struggle welcomes the statement of the two Korea's on denuclearization but we are not euphoric as the USA has thwarted inter Korean co-operation in the past and when the details become apparent the USA may resume it role struck in 1945 as divider of the Korean Peninsula. 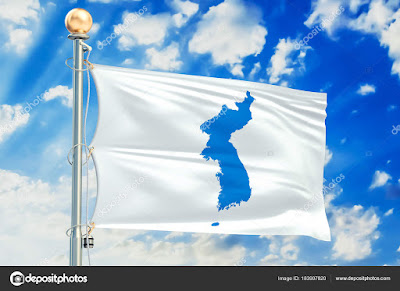 Democracy and Class Struggle welcomes the statement of the two Korea's but we are not euphoric as the USA has thwarted inter Korean co-operation in the past and when the details become apparent the USA may resume it role struck in 1945 as divider of the Korean Peninsula.

SEOUL, April 27 (Yonhap) -- South and North Korea agreed Friday that they will work together to realize a "complete" denuclearization of the Korean Peninsula.

The agreement was part of a joint declaration issued after South Korean President Moon Jae-in and North Korean leader Kim Jong-un held a historic summit earlier in the day at the truce village of Panmunjom.

"South and North Korea affirmed their shared objective of achieving a nuclear-free Korean Peninsula through complete denuclearization," said the declaration signed by the leaders of the two Koreas.

They shared the view that the recent steps that the North has taken are "very meaningful" and "important" for denuclearization efforts and agreed to do their respective part on that matter, the declaration said.

The two Koreas also agreed to induce support and cooperation from the international community for the sake of denuclearization of the Korean Peninsula.

The agreement on the nuclear issue comes as North Korea and the United States are expected to hold an unprecedented summit either in May or early June. Denuclearization will likely top the agenda during the talks between Kim and U.S. President Donald Trump.

The U.S. and South Korea have demanded the North give up its nuclear weapons in a complete, verifiable and irreversible manner. The North recently suggested "phased and synchronized" measures for denuclearization.

The North has conducted six nuclear tests since 2006, the last and most powerful coming in September last year. In November, the North declared the completion of its nuclear armament.

PANMUNJOM/GOYANG, South Korea, April 27 (Yonhap) -- The leaders of South Korea and North Korea reaffirmed their commitment to the complete denuclearization of the Korean Peninsula Friday, while also agreeing to reduce their conventional weapons pending the outcome of their joint efforts to reduce military tension and promote a lasting peace on the Korean Peninsula.

"The two leaders solemnly declared before the 80 million people of our nation and the entire world that there will be no more war on the Korean Peninsula and a new age of peace has opened," they said in a joint declaration signed at the end of their bilateral meeting at the Joint Security Area of Panmunjom.

The two leaders vowed efforts to establish permanent peace on the Korean Peninsula.

"The South and the North reaffirmed their agreement of non-aggression that they will not use any form of force against each other and agreed to strictly abide by the agreement," the joint declaration said.

"The South and the North agreed to gradually realize arms reduction when their military tension is removed and trust is practically established."

In a joint press conference, Moon said the joint declaration was an important agreement that will help formally end the Korean War and denuclearize the Korean Peninsula.


"Today, Chairman Kim and I affirmed that realizing a nuclear-free Korean Peninsula through complete denuclearization is our mutual goal.

I clearly state that the South and the North will more closely cooperate for complete denuclearization," he told the nationally televised press conference.

Kim, chairman of the state affairs commission, vowed efforts to implement the agreement, along with those reached in previous inter-Korean summits.

"We will work to make sure without fail that (the agreement) will bear good results through close communication between us two so that the failure to implement North-South agreements in the past will not be repeated," the North Korean leader said.

"The South and the North affirmed their mutual goal of realizing a nuclear-free Korean Peninsula through complete denuclearization," the joint declaration said.

To formally end the Korean War, the two Koreas agreed to push for three-way or four-way talks involving the United States and China to replace the Korean armistice with a peace treaty.

The two Koreas technically remain at war as the 1950-53 war ended with an armistice, not a peace treaty.

Efforts to reduce military tension will include a complete halt to any type of hostility against each other in all areas, including sea and air.

To discuss additional measures, the two Koreas will hold general-grade military talks before the end of May.

Further, the leaders agreed to a range of measures aimed at promoting peace and reconciliation between the divided Koreas.

First, the countries will hold high-level dialogue in the near future to discuss ways to implement the agreement reached at the third inter-Korean summit, they said.

They will also promote cooperation and exchange between the countries to further the process of reconciliation.

To this end, the countries will hold Red Cross talks to discuss humanitarian issues, including the long-stalled reunions of families separated by the division of the two Koreas.

They will seek to resume family reunions on the occasion of the Aug. 15 Liberation Day, the joint declaration said.