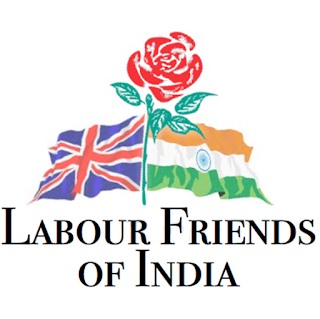 Democracy and Class Struggle republish this article by Amrit Wilson as a reminder about the Labour Party Friends of India - the apologists for Hindu Fascism now that Modi is once again in UK.

Labour Friends of India breath new life into the ideology of Social Fascism and show what vermin still inhabit the Labour Party.


In 2001, Labour MP for Brent North Barry Gardiner, visited Gujarat and describing himself as the Chair of Labour Friends of India(LFI) presented Bharatiya Janata Party (BJP) Chief Minister Narendra Modi with a cheque for one million pounds.

Till then  few people in India or Britain, had heard of LFI. The money raised by  Sewa International, a charity based in Britain, ostensibly for the victims of the Gujarat earthquake of 2001 and the Orissa cyclone of 1999 was to find its way to front organisations for the storm troopers of Hindu supremacy, the Rashtriya Swayamsevak Sangh (RSS) – groups  who a year later were exposed as perpetrators of the genocidal attacks on Muslims in Gujarat in which more than 2000 men, women and children were killed and 200,000displaced. Sewa International itself was also exposed as inextricably bound up with the Sangh Parivar – the so-called family of organisations of the Hindu right which include both the BJP, the RSS. (1)

But Gardiner was not to be deterred either by these revelations or the fact that Narendra Modi was an avowed admirer of Hitler. He himself has after all cosied up to right-wing forces internationally for some time, visiting Israel in 1999, for example, to meet senior Israeli leaders on behalf of Labour Friends of Israel, an organisation of which he was Vice Chair, and later, in  2009,  sacking his campaigns manager for demonstrating support for the Palestinians massacred by Israel during the Gaza slaughter. (2)Labour Friends of India continued to be Gardiner’s personal project, without even its own bank account and in the words of historian of India and Labour activist Jon Wilson, ‘not apparently publically open to new members or run on the same democratic lines as other associations within the Labour movement’. (3) 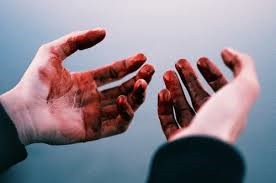 When it became widely known that the pogrom in Gujarat was sponsored by the Gujarat government and presided over by Modi  –  a leaked report from the British High Commission,  for example,  noting that the attacks  ‘had all the hallmarks of ethnic cleansing and that reconciliation between Hindus and Muslims is impossible while the chief minister [Narendra Modi] remains in power’ and that ‘far from being spontaneous’ it was ‘planned, possibly months in advance, carried out by an extremist Hindu organisation with the support of the state government’ (4)  –  Modi had his visa to the US withdrawn for violations of human rights and the UK government and the EU also distanced themselves from him. But neither Gardiner nor the LFI changed their position in any way and Hindu right-wing groups in the UK invited Modi in 2005 and again in 2009. Both times Modi panicked at the last moment in the face of planned protests by South Asian and human rights organisations, and also the possibility of an arrest in Britain over the on-going case of three members of the Dawood family from Batley who had  been killed in the 2002 Gujarat massacres.


Over the last decade, the lobbyists, APCO in the US and Saffron Chase in the UK have been working to get acceptance for Modi abroad and transform his image. The founders of the latter are Manoj Ladwa and Vikas Pota who just happen to be members of both the LFI and the Hindu Swayamsevak Sangh (HSS) (5), the British wing of the RSS. Modi’s new avatar is a man of progress and development who has transformed Gujarat into the  ultimate success story in terms of prosperity. In reality, his policies, which have converted swathes of land and coastline into Special Economic Zones or ‘Special Investment Regions’, have increased  inequalities (with malnutrition among children comparable to that in the poorest states in India) and Gujarat has recently been categorised as one of the ‘less developed’ states in India far behind Maharashtra, Punjab, Tamil Nadu, Kerala and Goa. (6)

However, for the Con-Dem government, the entry of British corporates is what matters so while Modi makes a bid to become India’s next Prime Minister, campaigning in the same virulent communal rhetoric as before, and claiming, falsely (7), that he has been exonerated by the Supreme Court of India, the British government has begun to rehabilitate him because as Minister of State for the Foreign and Commonwealth Office Hugo Swire said this was in ‘the UK’s national interests’.  meaning the interests of British big business (8).

Beyond these ‘national interests’,  Barry Gardner has another more personal reason for fostering the relationship with Modi. The UK has some 700,000 Hindu Gujaratis (including a sizeable number in his constituency).  With Pota and Ladwa lobbying them that Modi is the man to lead India it is not surprising that Gardiner is proclaiming that he and Modi are the closest of friends. In the run up to the 2010 UK election, Gardiner’s website even carried  Modi’s testimonial –  ‘Gujarat has no greater friend in Britain than Barry Gardiner’ . Clearly the LFI’s recent invitation to Modi to speak at a meeting in Parliament about the Future of Modern India was simply Barry Bhai returning the favour. As it happened the invitation backfired and in the face of angry protests coordinated by South Asia Solidarity Group and supported by a host of South Asian, human rights and trade union organisations, and of course  Modi’s continuing fear that he may face  arrest on entering the UK, he backed out claiming  he was just too busy to come.

(1)http://www.sacw.net/DC/CommunalismCollection/ArticlesArchive/British_charity_and_Hindu_extremism_a_report_summary.pdf
(2) http://www.thejc.com/news/uk-news/pro-israel-mp-fires-pro-palestinian-staffer
(3) http://labourlist.org/2013/08/if-we-stand-for-the-politics-of-one-nation-we-cannot-support-narendra-modi-an-open-letter-to-iain-mcnicol/
(4)  http://news.bbc.co.uk/1/hi/world/south_asia/1951471.stm
(5) http://www.truthofgujarat.com/uk-based-hindutva-lobbyists-manoj-ladwa-vikas-pota-driving-force-behind-modis-uk-invitation/
(6)http://indiatoday.intoday.in/story/raghuram-rajan-committee-report-demolishes-modis-claims-of-development-in-gujarat/1/311856.html
(7)  Sahmat – Citizens for Justice and Peace: ‘Press Release- Supreme Court clean chit to Narendra Modi ?’  http://www.kractivist.org/press-release-supreme-court-clean-chit-to-narendra-modi/ which explains in detail how the Supreme Court has NOT in fact absolved Modi of responsibility for the 2002 genocide.
(8) See The Hindu ‘Embracing the Darkness’ October 23, 2012, http://www.thehindu.com/opinion/op-ed/embracing-the-darkness/article4023194.ece