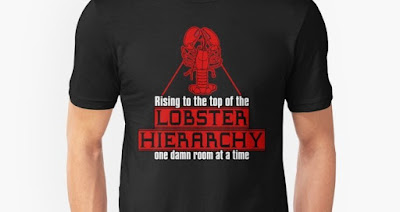 "In this age and time, men have nearly no rights," Peterson explained to me. "We cannot be served in restaurants. We cannot legally drive cars.

We are routinely shot at by police helicopters if we are seen breaking our 8:00 PM curfew..

This is why society is decaying and now, more than ever, needs men who can be men.

" But what does "being a man" entail to Peterson? "Let me give you an analogy.

Hundreds of years ago, there were pirates, They were primarily men, and they banded together to fight the Kraken.

Now they would dock in Atlantis, and Neptune, the king of Atlantis who had the Little Mermaid as his daughter, would praise them for their efforts.

He would allow the sailors to run a train on Ariel, as he secretly watched and filmed the entire thing from behind curtains.

But then the sirens heard of this, and they invented the Bermuda Triangle, which, if you look at it on a map, appears to exactly resemble a woman's vagina.

The Bermuda Triangle swallowed up Atlantis and everybody there, dooming them to a watery grave.

Masculinity has been dead ever since."

When I pressed Peterson for more detail regarding Neptune and Atlantis, he changed the subject.

"Look over there, where I am pointing," he demanded. I turned my head to see.