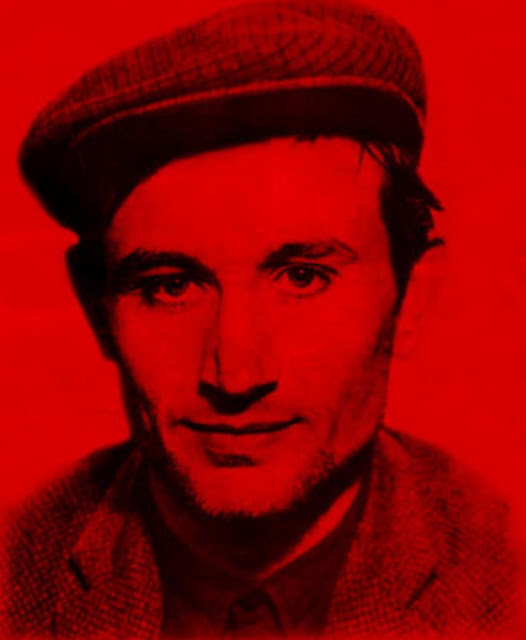 Democracy and Class Struggle honours Ibrahim Kaypakkaya by applying his thoughts on the national question by our actions and not just words.

The founder and leader of the Communist Party of Turkey/Marxist Leninist, Ibrahim Kaypakkaya, was born in 1949 in Corum . He met with revolutionary ideas when he was a student in the Istanbul University’s Science Faculty Physics Branch.

He joined in the foundation of the Capa Idea Club in March 1968 and became the president of the club. He was expelled from school in November 1968 because of preparing a leaflet against the American 6th Fleet.

He split from D. Perincek and his group because he considered D. Perincek a revisionist and opportunist. Kaypakkaya, who participated in the struggle of peasantry, formed TKP/ML-TIKKO and carried out activities in the cities of Dersim, Malatya, Tunceli and Antep.


Dspite his young age, he founded the Turkish Marxsist-Leninist Party and made several criticisms and theses of the most important social, political and economical questions of Turkey.

Do you support an all British Isles (better term?) Maoist party?

There was a anti revisionist Communist Organisation of British Isles in 1970's associated with the late Professor Gwyn Williams but it was conflicted on national question and soon disappeared.

There should be national Maoist Parties in Scotland and Wales and England how they come together to combat the British State is still an open question.

We are in a post British era and reverting back to British names state or geographic doe not advance the self determination of democracy but retards it.

Concerning comrade Kaypakkaya he mentioned how the term Mountain Turk was applied to Kurds and that immediately resonated with me about Wales and the Welsh who have the title British foisted on them as ancient Britons to destroy their Welsh identity - so in the way the Kurds are not Turkish the Welsh are not British.

So you would say that the current situation is more like CPI maoist and Maoist Communist Party Manipur less like Chinese communist parties and the native people of China or CPP and Lumad?

I leave the question open - we had a British Isles level co-ordination Committee but its london base and bias undermined it and it ceased.

The Chinese Communist Party was not always unitary in its early days it was for a Federal China.

Our principal task is to build Maoist organisations in England, Wales and Scotland the way they work together will be solved in practice.

Yr Aflonyddwch Mawr in Wales and Revolutionary Praxis in England work together effectively on some issues like solidarity with People's Wars.