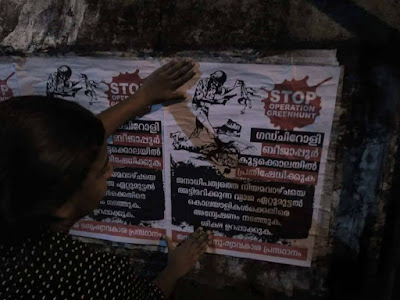 Significant how the administration tries to curb any form of resistance against state repression which has fascist overtones.

Such pockets of resistance should ignite into a prairie fire to resist fascist forces.

Good to see RDF active even if only semi above ground !