You were born with the possibility of choice are you going to do that ? 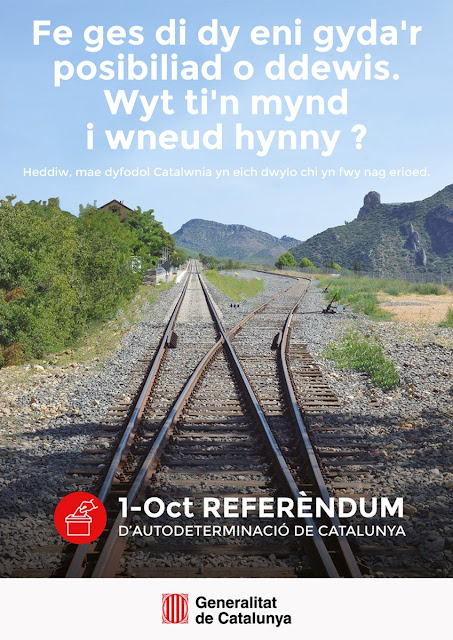 Socialism and Independence
Yr Aflonyddwch Mawr in Wales says the Catalan struggle is basically a struggle for democracy against a corrupt bourgeois Spanish State which has taken a national form in Catalonia.

However the bourgeois nationalist Catalan leadership seeks to subordinate Catalonia to a corrupt Brussels and the European Union - this is  not national liberation but a readjustment among the national bourgeois in the Spanish State and Europe.


Support  a unilateral declaration of independence