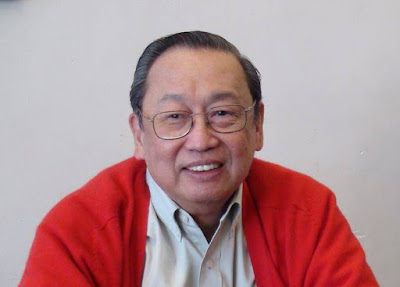 On the Question of People’s War
in Industrial Capitalist Countries
By Jose Maria Sison
June 5, 2019

I have been asked many times by avowed proletarian revolutionaries whether protracted people’s war as carried out by Mao in China can be successfully waged in capitalist countries where the industrial proletariat has become the majority class and the peasantry has become a minority class.

I will try to answer the question in a theoretical and hypothetical way on the basis of history and social conditions and within the existing constitutional and legal bounds of industrial capitalist countries. In the process, I will deal with the notion of some people that Mao’s theory of protracted people’s war is universally valid and applicable.

Protracted People’s War in China and the Philippines

Mao himself explained in his own time that protracted people’s war is not only possible but necessary for the revolutionary party of the proletariat to realize a successful people’s democratic revolution in a semicolonial and semifeudal country in chronic crisis.

By applying the strategic line of encircling the cities from the countryside, the proletarian revolutionaries can lead the people’s army to grow from small and weak to big and strong in stages  by availing of the countryside as a wide area of maneuver and getting the support of the peasant masses as the main force of the revolution.

The Chinese Communist Party could successfully use the countryside for a protracted period of time in order to accumulate enough armed and political strength to ultimately seize the cities and thereby win  the people’s struggle for democracy and socialism.

I adhere to Mao’s theory and practice of protracted people’s  war  in my writings on the specific conditions of the Philippines for armed revolution. And I have taken into account the archipelagic and mountainous character of the Philippines among other considerations.

The armed revolution led by the  Communist Party of the Philippines has been able to preserve itself and gain strength for more than 50 years by carrying out the strategic line of protracted people’s war, despite all the strategic plans of US and puppet regimes to crush it and despite drastic changes in the world, such as the full restoration of capitalism in China and the collapse of the Soviet Union since 1991.

As soon as that army dares to launch the first tactical offensive, it will be overwhelmed by the huge armed army and the highly unified economic, communications and transport system of the monopoly bourgeoisie.

However, the term “people’s war” may be flexibly used to mean the necessary armed revolution by the people to overthrow the bourgeois state in an industrial capitalist country.  But definitely, what ought to be protracted is the preparation for the armed revolution with the overwhelming participation of the people.

It is futile to ignite armed revolution in the city or in the countryside without due regard to the objective conditions and subjective factors of the revolution. An urban armed insurrection against the capitalist state can succeed only as a result of  grave debilitation by its internal crisis, the crisis of the world capitalist system, involvement  in an inter-capitalist or inter-imperialist war and the rise of the revolutionary mass movement with sufficient armed strength.

The Paris Commune of 1871 showed that the proletarian revolutionaries could wage a successful urban insurrection when France was preoccupied with the Franco-Prussian war and the armed city guards themselves carried out the insurrection, with the overwhelming support of the proletarian masses.

In imperialist Russia,  the Bolsheviks had the foresight to sow cadres as revolutionary  seeds  within the Tsarist army.  When the masses of troops became discontented like the people in the course of World War I, they rose up to overthrow the Tsar and then the Kerensky bourgeois government.  Subsequently, they waged a successful war against the reactionaries and the foreign interventionists in the countryside of the vast Russian empire.

Even before they were favored by the monopoly bourgeoisie to govern Germany and directly use state terrorism to suppress the proletariat and its revolutionary party, the German fascists formed their armed groups or paramilitary organization and collaborated with the army and police of the capitalist state to break workers’ strikes and people’s protests.

During the severe crisis of the Weimar Republic, the  German communists and social democrats had also their own armed groups but were surpassed by the fascists at the crucial point. But the lesson remains valid that  proletarian revolutionaries and the people must always strive to excel and be successful at both preparations and actual conduct of the armed revolution.

During World War II, the partisans could arise in several European countries, such as in France, Italy and elsewhere, to wage partisan warfare  against the fascists. Where fascism first rose to power in 1922, the communists and the people engaged in guerrilla warfare in both urban and rural areas until they could hang the fascist dictator and come to the verge of taking state power.

Based on the foregoing historical facts, it is always wise for the organized revolutionary proletariat and masses to assume and anticipate that the capitalist system is prone to crisis and  that the monopoly bourgeoisie resorts to fascism in order to head off  the proletarian revolution. Even if the material foundation for socialism exists in capitalism, the proletariat must first defeat fascism, thus winning the battle for democracy,  before socialism can triumph.

As the Bolsheviks did, the proletarian revolutionaries can also deploy cadres for revolutionary work in the reactionary army, especially because most of the soldiers come from the working class. A capitalist state can in the future become  so debilitated by crisis and war that its reactionary armed services tend to disintegrate, like the Tsarist army in World War I.

As regards to obtaining and keeping arms covertly for decades  and launching small-formation offensives under the most limited and difficult conditions, the revolutionary armed organizations in Ireland and Palestine provide  good examples of  conscious discipline, skillfulness, resourcefulness  and durability due to mass support of entire communities opposing an occupying force. However, they are in situations and processes of development which are not typical in capitalist countries today.

Considerations for Arming the Proletariat

By the current constitutional and legal standards of the industrial capitalist countries that pretend to be liberal-democratic, any individual can legally acquire firearms for the purpose of sport and self-defense against criminals as well as against the potential of the state to become tyrannical and oppressive.

In the United States of America no less, the arms manufacturers invoke the constitutional right of citizens to bear arms in order to keep  wide the domestic market for the sale of weapons, despite the bourgeois liberal clamor for stricter gun licensing laws, disarming the white supremacists and the overblown jihadists and keeping the arms out of the reach of children who are in the first place heavily influenced by the US culture of imperialism and senseless violence.

In quite a number of industrial capitalist countries, citizens are allowed to keep the firearms that they acquire in military training under the auspices of the bourgeois state. And they have no problems like a few American crazies and a few children using firearms from the home armory to shoot and kill innocent people in schools and other public places.

It is therefore possible to organize proletarians with firearms as sporting gun clubs,  as community self-defense organizations and as voluntary security for public events and structures. But of course it is unwise to make displays of armed groups of people and at the same time provocatively declare themselves in opposition to the capitalist state, its army and police.

Such imprudence would immediately prompt state measures of violent  suppression, as in the historical case of the Black Panthers. In capitalist societies, it is the fascists and other reactionary armed groups that are privileged to publicly boast of their arms and their military training and exercises.

It is also unwise to bring arms to mass protests that are supposed to be legal and peaceful  and where most of the people are unarmed and are far from ready to launch an armed insurrection. It is wise for the revolutionary party of the proletariat not to declare publicly the intent of building a people’s army before the conditions are ripe for armed revolution.

Whatever are gun licensing laws and no matter how strict they are, there are also among the people those who have the skills, materials and  equipment to make firearms discreetly in their private garages and work sheds. In the long-term effort to prepare for people’s war against the fascists and the capitalist state, the people can acquire and make firearms.

While there are yet no conditions for fighting and using the arms in a particular capitalist country, proletarian revolutionaries ought to continue arousing, organizing and mobilizing the masses in legal and persuasive ways with the confidence that they have the means of self-defense to fight back with certain success against the fascists and capitalist state when the necessity arises.

Far more important than acquiring or making the firearms is fulfilling the ideological, political and organizational tasks to make the proletariat and its party truly revolutionary.  But, of course, it is more important to have firearms before the fascists come to power than not to have any when the fascists are already in the process of taking power.

To repeat the point, for the purpose of emphasis, even in the USA, the people have the constitutional right to have firearms to preclude the state from monopolizing arms and thus allow  the citizenry to have  the arms to oppose and overthrow a tyrannical or oppressive government when it arises. And there are many particular legal reasons for citizens to bear arms.

In the aftermath of the full restoration of capitalism and collapse of the Soviet Union, US imperialism enjoyed the status of the sole superpower in a unipolar world and proceeded to carry out in a reckless and aggressive way its neoliberal economic policy and neoconservative military policy, unwittingly undermining its own strength and accelerating its strategic decline. Now,  under Trump,  the US is acting protectionist and more bellicose than ever.

The imperialist powers always try to shift the burden of crisis to the proletariat and people of the world, who consequently suffer the escalation of oppression and exploitation and who are ultimately driven to resist. The imperialists  will someday force the issue of armed revolution to the proletarian revolutionaries and masses in some of the capitalist countries. Right now, the imperialist states are becoming more repressive and are also generating fascist movements.

While proletarian revolutionaries are not yet immediately faced with the need to launch an armed revolution in any capitalist country, they can also consider in the spirit of proletarian internationalism and anti-imperialist solidarity to share their revolutionary ideas, experience and capabilities, including arms and their skills in making these, with the proletariat and people who are preparing for armed revolution or are already engaged in it in the underdeveloped countries.

The spread and development of people’s war in the underdeveloped countries or in the countryside of the world can be helpful to the rise of armed revolution in the capitalist countries. At present, the imperialist powers headed by the USA are  carrying out military intervention and wars of aggression on a wide scale in the underdeveloped countries. Thus, all concrete acts of proletarian internationalism and anti-imperialist solidarity are urgently needed.