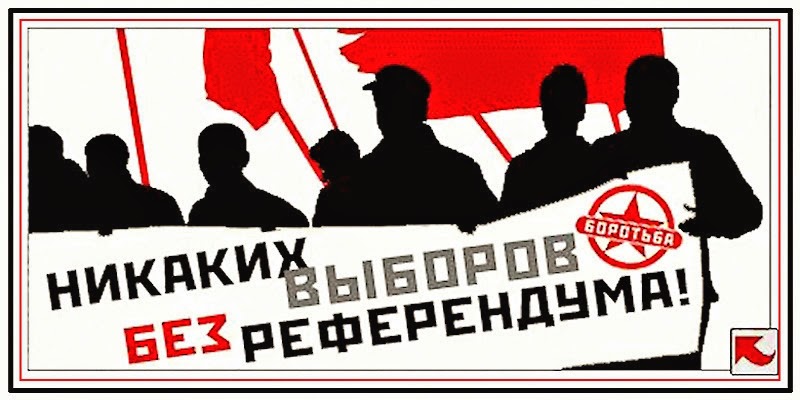 According to the Draft Constitution of the People's Republic of Donetsk published in the press, the fundamental law of the new state is to include a state religion -- Orthodox Moscow Patriarchate.


Union Borotba strongly protests against the institution of a state religion in the Republic created by the people. We insist on the inclusion in the Constitution of DNR rules on freedom of conscience and religion, the separation of church and state, and separation of the school from the church. This democratic norm was the outcome of struggle by many generations of our ancestors against the reactionary clerical regime and was enshrined in the laws of the Republic of Donetsk-Krivoy Rog, of which the DNR considers itself the successor, and the Constitutions of the RSFSR and the USSR.

We believe that the state created by the people should not bow to clerical elements and impose a mandatory public religion.

Also troubling in the draft Constitution is the provision on equality of all forms of ownership, where private ownership comes first in the list. Does it not follow from the experience of our struggle that large private property (oligarchy) led the country to disaster and decay? Is it not the largest private owners who have paid and organized the neo-Nazi gangs and other groups which are terrorizing the South-East?

In our view, the priority in the new state should be nationalized state ownership and workers' control. Only popular rule over the national wealth and economy will prevent a parasitic oligarchy.

The Donetsk People’s Republic should really become a socialist state. Otherwise it will only be a second edition of Ukraine as we have known it since 1991; only the replacement of Ukrainian nationalism by Russian. Union Borotba urges the DNR not to follow the conservative-clerical forces supported by a minority. This is the path to a dead end, the path to defeat.