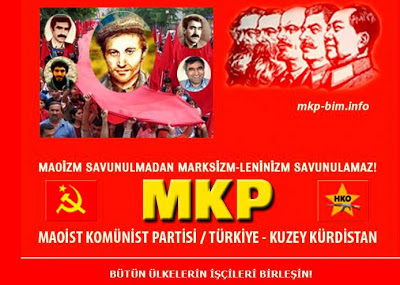 (Since series of mass resistance and revolt have been taking place in Turkey, it has created much of a curiosity among the Leftists all over the world. But except some discrete news and footage, lack of concrete statements from the Turkish leftist organisations have left all of us a bit confused and perplexed.  So we found it our responsibility to publish a recent statement by one of the organisations in Turkey, Maoist Kommunist Party (MKP)- Turkey- North Kurdistan as we hope this can throw some light on the recent mass revolt in Turkey.
The following is a translated version from the original Turkish statement by MKP which could be found here,- TND editorial board (translated by Com. Gediz  and it has been marginally edited to gain  readability)

Democracy and Class Struggle thank comrades of Toward a New Dawn for making this available.

" As long as the masses are being tortured, shot down and massacred  the Proletarian revolutionist's cannot be a bystander!"

"The side by side struggle is growing with the resisting and rising masses!"

To our Struggling Comrades!

Those who should be leading, are acting as followers of masses today!
Communist and revolutionaries going through another exam today. This is the time for selfless struggle without dismissing the movement as self manifested. The definition of revolutionary movement or the revolutionary wave is the practice that masses exhibit.

Masses are revolutionary, their reaction is democratic, rebellion and uprising is legit!
As our leadership role requires, we have to be in the front of the struggle with the masses even though it developed with our absence.

We will resist, struggle, and pay the price!

As long as the masses are being tortured, shot down and massacred, the Proletarian revolutionist's cannot be a spectator!"


To Our Valued Masses;

The masses who are filled with hate because of reactionary oppression and violence have shaken the ruling class and the Turkish Government.

The massive rising caused by destruction attempt of for the benefit of the bourgeoisie is moving forward.

Once again, the screaming masses have showed the neo-liberal bottom feeders that people can take their own fate into their own hands. AKP government’s savage fascist oppression wasn't able to stop the resistance.

The masses continued to fight and wouldn't let go of their democratic requests even though they have been wounded, arrested, beaten and tortured.

Despite Turkeys sell out media and silence of bourgeoisie writers, the resistance was able to get the attention and support of the world.

Presence of enormous masses have become the nightmare for the AKP and reactionary and oppressive ruling class, who don’t even recognize their own laws. On the firth day, the masses who started off with protesting destruction of the nature have turned into revolutionary and the masses claimed victory by forcing AKP to take a step back!
The reactionary, corporate, bureaucrat and bourgeoisie-feudal supporters of AKP have done their historical tradition and tried to surpass the democratic requests of the masses by using violence and bloodshed. On the contrarily the rising determent masses have caused the movement to grow and continue despite paying the price for it.

Thousands of people in dozens of different cities have united as one in the streets to join Taksim Gezi Park Resistance.
The history of reactionary classes have always been oppressing, exploiting the masses and its proper to cause any kind of pain to them.  In order to keep their rule and their domination, they have never shied away from using reactionary violence against the oppressed and poor people.

The organized reactionary classes that are receiving the benefits of capitalism have always looked down upon the masses and caused them barbaric pains. They have pushed alienation toward proletarians and forced them to live in hunger and poverty.
But the people have reminded the reactionary class that it is the people who are the real heroes and with their own fate in their own hands through revolutionary actions, they have caused system to be upside-down. Revolutionary masses have proven in unforgettable way that the mockery of the ruling class, such as " three five bare legged" and "looter" is baseless. This historical fact have materialized against fascist AKP through the resistance of the masses of ethnicities and marginalized groups in Turkey- North Kurdistan altogether!
AKP leader and "" president Erdogan shamelessly and arrogantly insulted/humiliated the rising masses by claiming they are "dozens of looters".  Even taking it further by threatening "As a party I can gather one million”.

Unfortunately for him, once these “Bare legged looters" are awakened; threats nor blood stinking vampire fangs of yours will stop them!

The same warmongering two-faced Erdogan criticised Essad dictatorship for brutalizing its people, have sank low enough to call its own revolting masses "couple of looters".

What makes him so raged is nothing but the fear of its own people uprising!

Two-faced AKP government is using "priest-executioner"(Aztec Spanish massacre reference) tactics to suppress the fires of uprising while trying to please its own masses.

While Bulent Arinc, speaker of the government Cemil Cicek and couple of AKP mc have tried to soften the masses by telling them peoples request is democratic, Erdogan is not taking any step back by showing his fangs.

Proletarian and the masses are not gullible enough to fall for these tricks. All your tactics will hit that bronze wall of yours and shedder your power. Resistance is not over, it continues on. The nightmare of the reactionaries that called the masses "looters" will continue. Who is looter who is the hero has already been revealed and will continue to be revealed. 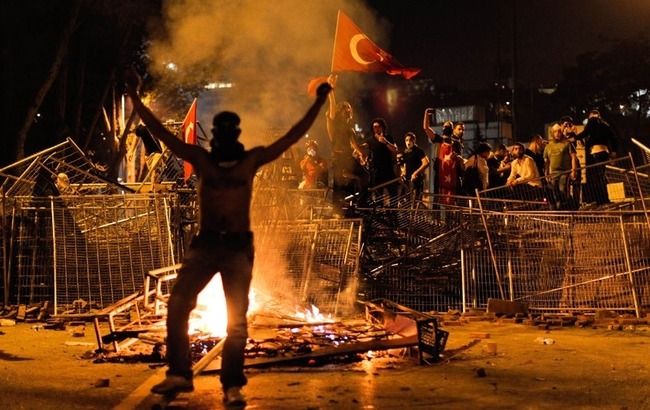 Us the proletarian revolutionaries are not absolving the bourgeoisie fascist parties such as CHP, MHP seeing the mass's democratic rebellion as a revolutionary reaction, and are greeting uprisings of all oppressed people.

We have vowed to fight the tyranny side by side with the masses as its our revolutionary duty!

With the same attitude, we are condemning the fascist torture and violence used against people, and forming a rank to oppose these fascist oppression. In order to accomplish more efficient, eligible and more organized revolutionary movement, with the leadership of proletarian we are calling all democratic and revolutionary powers to unite! For this reason, alone we are calling all the Turkey- North Kurdistan proletarian , the oppressed poor people and the comrades to make war on the reactionary ruling class as well as the capitalist system. 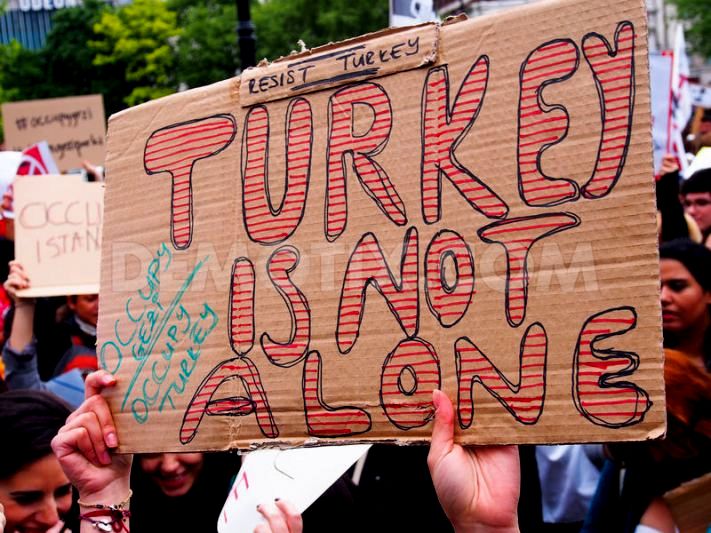 We know that with our Peoples war and its blazing fire, we will be able to shatter this reactionary system. Rule of the people and building of socialism and finally communism will be accomplished through Peoples War!

It's our duty and necessity to wage revolutionary struggle by uniting rebellions of all the democratic and revolutionary masses with Marxism-Leninism-Maoism ideology under proletarian flag.

No obstacle can stand before the masses of people! Reactionary force will materialize the revolutionary one.

The revolutionary force that materialized in the hand of masses is legit and necessary.

Because it's the method that will stand against reactionary classes and lead to democracy, freedom and communist society.

The masses that unites, resist and fight will not lose.

Just like this one, all the reactionary forces and the classes that relies on it are condemn to lose sooner or later!
Its the revolutionary masses and their revolutionary actions that writes history!