Moscow Treason Arrests : Two senior Russian cyber security officials along with a top anti-hacking expert have been arrested in a US-linked treason case 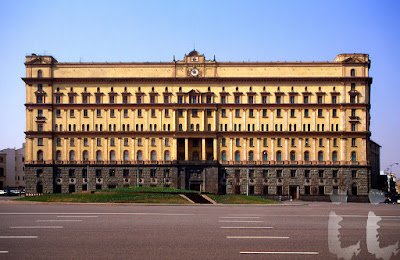 Democracy and Class Struggle says long overdue cleansing in Moscow. Are we surprised ? the answer is No.


Two senior Russian cyber security officials along with a top anti-hacking expert have been arrested in a US-linked treason case.

A lawyer representing one of the suspects said on Wednesday that Sergei Mikhailov, the deputy head of the FSB's Centre for Information Security, and his deputy Dmitry Dokuchayev along with Ruslan Stoyanov, the head of the investigation unit at Moscow-based cybersecurity giant Kaspersky, had been detained by authorities in Moscow.

Ivan Pavlov said the three were suspected of committing treason.

He added that the case was linked to the United States but said the CIA spy agency was not specified in the documents related to the case.

This is believed to be one of the highest-profile treason cases to hit the Russian intelligence community in years.

Authorities have yet to officially confirm the arrests but sources in the Kremlin said President Vladimir Putin had been informed about the case when Russian media were earlier covering it.

Kremlin spokesman Demitry Peskov, however, denied there was any link between the case and recent allegations in the United States that Russia carried out cyber attacks on American organizations with the intention of paving the way for the election of Donald Trump as president.

Peskov said there could be no connection as Russia “categorically denies any claims on the possible Russian involvement” in any hacking.

Pavlov said more suspects were involved in the case but he would not elaborate. If confirmed, the case could be one of the most sensitive affecting Russia’s domestic intelligence agency FSB.

Sources in the CIA also said that they had no comment on the issue.


"The news of the arrest didn't come out until mid-January. Now we've had some charges announced. The big question is - and it is unanswered at the moment - what were they doing?" he said.

"There are a couple of not necessarily mutually exclusive theories about this. One is that when the CIA said that it had high confidence that Russia was behind the hacking of Democratic Party National Congress emails in the run-up to the US presidential elections, it was information from these guys that gave the CIA that high confidence," Challands said.

"Another theory is that these people were running a kind of shadow hacking group motivated primarily by profit - selling information on important people to anyone who would buy it, private buyers or foreign intelligence services."

Other claims suggest that the men had links to a hacking group known as Shaltai Boltai (Humpty Dumpty), best known for digging dirt on senior Russian political figures and making it public.


So far, Mikhailov and Dokuchayev are the only FSB officers to be identified, based on anonymous sources cited by several Russian media outlets, as suspects in the investigation. Media reports, however, indicate there may be a total of six suspects -- including a third FSB officer -- already detained.

Mikhailov's arrest, reportedly in December, was first revealed by Kommersant on January 25. He served as a department head at the FSB's Center for Information Security (CIS). Mikhailov is "well-known" among Russia's cybersecurity experts, according to Andrei Soldatov, an investigative journalist who has written widely about Russian intelligence services and their cybercapabilities

According to the independent newspaper Novaya Gazeta, Mikhailov is thought to have tipped off US officials about Vladimir Fomenko and his server rental company ‘King Servers’, which was identified last September as an ‘information nexus’ that was used by hackers suspected of working for Russian state security in cyberattacks.

If the claims about Mikahilov and Dokuchaev are true, it would mean that Washington DC had a spy in the heart of Russian national security.

It was not the FSB that arrested Mikhailov, but the Federal Security Guard service (FSO), it is claimed.. Within Russia’s security apparatus, the FSO is the FSB’s main competitor.