AKP Government is running a demolition war through a strategy that has been perfectly calculated and pre-prepared for many years implemented since 22th July 2015 till now in North Kurdistan.

This strategy has been to jeopardise progress due to the results of 7th June election.

This election was nullified by AKP government and a new managed election staged.

Two policies which supported each other were switched on at the same time in 1st December election period.

-To win the election by distributing an "If we will not be, you will not be safe" fare and also reducing people's desire,

-To check the worlds and internal public opinion pulse by attacking HDP and Kurdish people to find level of massacre.

AKP reached a positive result for these two subjects.

If we look at the events with a viewpoint of a simple research and memory record, we would see this strategy was started in Oslo meeting period in 2009.

The Oslo meetings team were set to work by inspection of the countries that have same problems.

"There isn't any Kurdish problem" policy which means "to solve without giving anything to Kurdish".

We should see that Oslo team established this project to the government.

It is clear that this team made a detailed research on South Africa Mandela and ANC, England Ireland IRA, Spain BASQUES, ETA, Sri Lanka Tamil and Tamil tigers.

They convinced the government.

Conducting national and class struggle, the oppressed, all of the movement collapsed, have fallen into the ditch dug in the peace process.

This explains a historical truth,"Kurdish people never lost in the war, they lost on the table whatever they won in the war".

Oslo meetings started on the sense of the things has been lost from hegemons side.

They researched the losing things on the table and improved “ collapse strategy”.

To find their personal and organisational weakness so that they could deactivate the movement as well.

All of this expectation of peace and solution appeared to be civilization.

But at least, a muddy atmosphere was formed because there was not any substantial project submitted.

So the government's real aim was invisible.

Implementation was done by stretching the environment sometimes and sometimes softening.

All these were tested compositions.

They created a peace expectation and hope so that the militants became relaxed with the collapse of discipline.

Meanwhile, they made let's say brain-bombing as a value collapse or psychology damage via Imrali  Island Prison

"Altering the organisations target and an unclear aim".

We can say that the government and the team were successful.

The people and the organization have not made any effective protest because of spiritual demolition from hard attacks.

Above we said MIT team researched the examples all over the world very well.

I think it will be useful to have a look these examples. 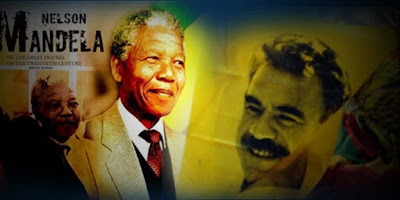 When the organization leader Mandela was arrested, South Africa racist government found out how to get benefit from “ Leadership Institution” through the correspondence between the prison and dialogues then they reformed their plan under this basis.

A trustful atmosphere was formed by arranging dialogues between Mandela and management of the prison, intelligence service, ministry of justice and at the end Minister of justice and directly with the prime minister.

The intelligence and prime minister made a coordinated implementation through Mandela plan after arranging the atmosphere.

Meanwhile, the Minority Government empowered the dialogues according to USA and Europe recommends.

Initially, a study carried on the graying ANCs ideological character.

National rights and requests had been coming into prominence.

An obligation was taken on customizing underground and overland valuable materials of South Africa that all these materials could be under the control of white men.

And so the organization was far away from its ideological aim.

After this situation, Mandela has been a peace prophet through USA and Europe.

We have to pay attention this point: yes, South Africa minority government distracted ANC from its idelogical character, but they accepted their national requests... So we would say that the organizations aim was done at least.

MIT team and AKP was not focused on organizations idelogical character. Generally focussed on their national requests. National requests have been graying so the Kurdish and Kurdistan problem came on to democratic rights level.

The organizations aim and the target was not clear anymore.

AKP Government believed that they would solve the problem without accepting any concessions.

Because the aim was unclear anymore.But the government was going wrong.

AKP did not succeed on changing Ocalan to Mandela II.

And actually, that is one of the handicaps that AKP is living.

-The team and AKP tried to improve on Real IRA from PKK through England-Ireland IRA and Sinn Fein sample.

Sinn Fein and Real IRA had been face to face.

They focused on this policy via HDP that HDP and PKK would be face to face.

Through criticising legal Kurdish movement”s to become a Turkey party, so that they would build a social democratic party.

At the end, HDP would be far away from its tradition.

In this sense “ put a distance between yourself and terrorism” idiom is not a simple idiom.

But HDP did not come to this game so attacks started under massacre level.

Actually, the main agenda is to subvert the parliamentary situation and to close the party.

We would say that the team prepared this attack plan by practicing upon Spain BASQUES ETA and Herri Batasuna.

Another aim was to deactivation of Selahattin Demirtas and criminalisation of HDP.

In ETA sample, we would see that Herri Batasuna defended the place for BASQUES and independence.

HDP and Demirtas asserting autonomy and status of Kurdish have similar qualification as well.

Due to unsuccessful actions, they are under target.

The Turkish government and AKP have not accepted any rights for Kurdish people but if we look at England to Ireland, Spain to Catalonia gave all the rights, constitutional rights.

The “Autonomy” that HDP requests means similar to “ Europen autonomy conditions”.Besides requesting  autonomy and the even federal government  is not contrary to states law.

Thereby Turkish government and AKP are utilising from the samples of England-Ireland,Spain-Catalonia,South Africa-ANC.

But at the end, they are based on Sri lanka-Tamil example if we have a look at the attack level.

Soo they succeed to show Tamil to imperial powers.

Initially, they cut the Tamil into two pieces.

At the same time, they blockaded all the liberated area with a big army and slaughtered with violence.

They killed the organization leaders by the help of locals.

So we would see that AKP”s strategy in Kurdistan is same as Sri lanka model.

They put the Islamic concept to educate staff to all the government positions during 14 years.

The soldiers have attacked to Kurdistan cities and making massacre with reading Anfal.

Soldiers and cops are announcing “God gave an order to us to kill you”.

And also, they are legalizing this massacre by Islamic references.

In North Kurdistan, they are making operations where HDP and PKK have more vote.

Massacre and following this migration...The cities have been burned and demolished.

This policy is “To make the area without people”.

We would explain this study like this; Erdogan's " Canceling parliamentary immunity is under struggling of terrorism” speech.

And the second is assigning the trustee to HDP”s municipalities.

The target is to discharge legal Kurdish movement.

After this maybe comprador parties will come into play and so the morale will be down.

They would clean everything whatever Kurdish people have. 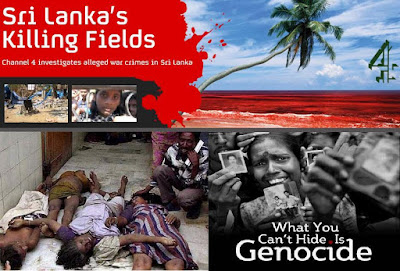 We have to give an answer to taking Sri Lanka sample as initial would be successful or not?.

First of all North Kurdistan  geography, does not match with Sri Lanka-Tamil example.

If we compare the population North Kurdistan population of Kurdish is more in North.

Besides all of this, the North Kurdistan population never give in to compradors and comprador parties.

Moreover, before the operations, North Kurdistan population opinion was obeying to live with Turkish under democratic rights conditions and autonomy.

But today they are living disengagement.

"Like this expression, go to out to get hamburger only to loose your steak at home."

It seems that while willing to attack Kurdish autonomy level of brutality of the AKP government, up to slaughter size applications will bring the separation   with the Northern Kurdistan of Turkey.

AKP precipitation or it will create such a collapse plan.
But whose collapse .....

*AKP-The Justice and Development Party (Turkish: Adalet ve Kalk?nma Partisi), abbreviated JDP or AK in English and AKP or AK Party in Turkish, is a socially conservative political party in Turkey. It has developed from the tradition of Islamism, but has officially abandoned this ideology in favour of "conservative democracy".[13][14] The party is the largest in Turkey and has a majority in parliament with 316 members. Its leader, Ahmet Davuto?lu, is Prime Minister while former party leader Recep Tayyip Erdo?an is President.

*HDP-The Peoples' Democratic Party (Turkish: Halklar?n Demokratik Partisi (HDP), Kurdish: Partiya Demokratîk a Gelan[16]), or Democratic Party of the Peoples, is a pro-Kurdish and pro-minority political party in Turkey. Generally left-wing, the party places a strong emphasis on participatory democracy, minority rights, and egalitarianism. It is an associate member of the Party of European Socialists (PES) and the consultative member of the Socialist International.

*MIT The National Intelligence Organization (Turkish: Millî ?stihbarat Te?kilat?, M?T) is the governmental intelligence organization of Turkey. It was established in 1965 to replace the National Security Service.

*Imrali island  Prison There is also a military base on the island, and the area around the island is a forbidden zone. It served from 1999 until 2009 as a maximum-security prison island for its only inmate, Abdullah Öcalan the leader of the PKK