India: Stench of discrimination in higher education by Anand Teltumbde 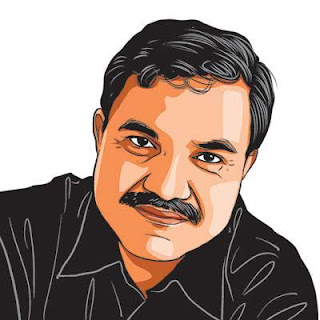 
Rohith Vemula, research scholar at the University of Hyderabad, succeeded in turning the spotlight onto the plight of Dalit students in higher education. What his struggles could not achieve, his death did. Rohith is said to be the 11th student to have committed suicide since 2002 in the university. If Hyderabad, one of the centres of Dalit activism, can have such a horrific tale, the reality in other universities can only be imagined.

That castes are a bitter reality of this land may be an understatement in the light of the rising incidence of atrocities, which truly proxy their presence, in recent years (they have risen from 33,507 in 2001 to 47,064 in 2014 as per the National Crime Research Bureau). And they are not the feature of only rural India, they very well pervade the board rooms of corporates, which have largely managed to remain untouched by Dalits.

Universities, unlike them, have a sizeable presence of Dalit students and even Dalit teachers, and hence become an important arena of Dalit assertion. For decades, their presence remained subdued and ghettoised but in recent years, they have gained visibility, significantly aided by the political establishment promoting Ambedkar as an icon, opening of centres for exclusion and inclusion, and with caste evoking increasing interest of the academia. The prejudicial treatment of the Dalit students by the upper caste professors and administration, which was mostly swallowed, is now being discussed.

In disciplines where professors have a big say, like natural sciences and professional courses, Dalit students still have to stomach humiliation. Calling caste names, insinuating incompetence, insulting before others, demoralisation, discrimination of various kinds are the order of the day. It is particularly experienced by research scholars pursuing PhD degrees as they are at the mercy of their supervisors. They are variously harassed right from not getting a guide to not being guided.

R Balaraj, who hung himself in 2010 while pursuing his PhD in Telugu literature in the same university, was not given a guide for one full year. The suicides of Senthil Kumar, pursuing PhD in Physics in 2008, and Madari Venkatesh, a PhD scholar at the Advance Centre for Research in High Energy Materials in 2013, were investigated by the Vinod Pavarala committee and a Prof V Krishna committee, respectively, and observed that caste discrimination was the cause.

Most campuses today have multiple Dalit student organisations. They tend to take up issues of reservation and cultural discrimination which are neglected by others, reflecting the broader theme of the Dalit movement. For instance, in response to ban on beef in hostels, the Dalit students had organised a Beef Biryani Festival at Osmania University in Hyderabad in 2012. Last year, too, they held the festival defying court orders and were arrested.

Elsewhere, Dalit students celebrated Savitribai Phule’s birth anniversary as Teachers’ Day, rejecting the official norm of celebrating September 5, the birth anniversary of Dr S Radhakrishnan, as Teachers’ Day. They observed "Mahishasur Shahadat Diwas” (Mahishasur Martyrdom Day) contrasting the "upper caste” Hindus who celebrate his killing. Besides resisting imposition of Hindu culture, they came out openly against injustice to Muslims along with the Left students’ organisations. The protest over the political hanging of Yakub Menon was one such instance.

In all this, the Dalit students’ organisations mainly came in conflict with the right-wing student bodies like the Akhil Bharatiya Vidyarthi Parishad (ABVP). In most cases, the ABVP, backed by the police, had attacked them. Apart from blocking their Hindutva agenda, Dalit organisations have surely deprived them of the supply of Dalit foot soldiers. On many issues, the Left students’ organisations took a supportive stand, and vice versa, but the Dalit students have kept safe distance from them, reflecting the historical attitude of the Dalit movement towards the Left. They contend that the Left’s class obsession is unable to deal with caste issues.

The main challenge today is posed by the Hindutva organisations that seek to take the country to dark ages to the detriment of the entire lower strata of society, which needs to be countered. The Dalits have a vanguard role in this struggle. As such, all other student organisations should back them as they did in the current episode at the Hyderabad University.

There is no denying the fact that with the upsurge of Hindutva, the hitherto suppressed prejudices of the hegemonic classes have resurged in recent times. The government of the saffron party at the Centre has largely saffronised our academic institution. The episode of banning the Ambedkar Periyar Study Circle last year in IIT-Madras has thoroughly exposed it. The same has been repeated this year in Hyderabad University devouring the life of Rohith. Both have badly boomeranged on them. But instead of learning lessons, the Hindutva forces seem to persist with their agenda.

One can clearly observe that the issues taken up by the Dalit students related with democracy and justice which are in the long-term interests of the country. And the responses to them from the government and administration have been short-sighted and against the long-term interest. This truth cannot be suppressed from the student community. They are all coming together isolating the ABVP completely. One expects the government and the university administrations to see the writings on the wall. They can ignore it only at their peril.

(The writer is civil rights activist with Committee for Protection of Democratic Rights, Mumbai)