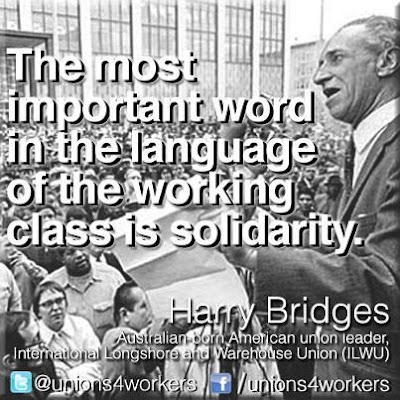 His conviction by a federal jury for having lied about his Communist Party membership was overturned by the Supreme Court in 1953. On the West Coast, Bridges still excites passions both for and against the labor movement

"When the Chicago Unions began to work closely with the Longshoremen’s Unions, and other mob controlled Unions on the East coast they were opposed by Harry Bridges, an alleged communist, who controlled shipping on the west coast. It all ties in with the Communist threat in Hollywood, resulting in Senate hearings, noted hereafter"