Bolivarian Militia: An Armed Instrument of Popular Power - One and half million Armed People by Jesus Rojas 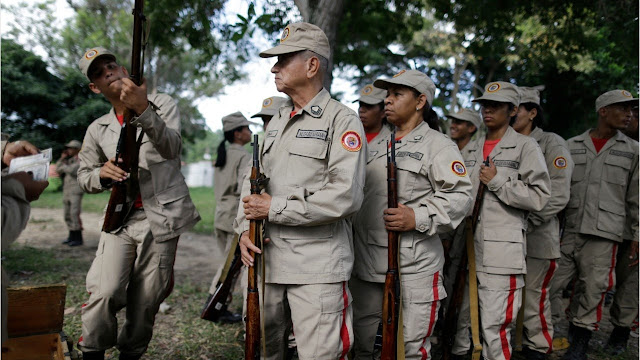 Democracy and Class Struggle is pleased to present this report from our Comrade in Venezuela Jesus Rojas on the Bolivarian Militia - the People in Arms who will be spearhead of a People's War against US Imperialism and its Venezuelan agents if they were to be so foolish as to invade Venezuela - remember comrades that the Bolivarian Militia also accepts foreign volunteers.

The revolution must be defended in an integral way: by the army and people in arms.

That is the Bolivarian doctrine that rules today in Venezuela, which has its origin in independence and the founding civic-military unity of chavism.

The militia has an almost mythical origin. Some go back to the War of Independence (1810-1823). Others go back not so far: To the coup against Chávez in 2002, when his supporters took to the streets to demand the return of their president, who finally returned within a few hours.

The legal origin, however, is much closer. In August 2008, the Organic Law of the Bolivarian National Armed Forces was approved, creating the militia as "a special body" dependent on the Presidency and intended to "complement the Armed Forces in the defense of the nation."

The Militia is a special body composed of civilian men and women, which is trained by the Bolivarian National Armed Forces, since 2009 and provides the opportunity for the people to empower and train themselves to face the defense of the nation. 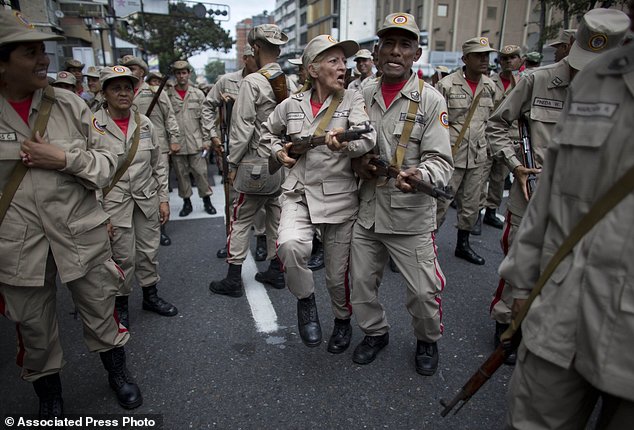 In full official clamor against what he considers a threat from the United States, Maduro has made a direct appeal to the "people" with a reference to Vietnam and its small army, which was able to defeat the United States.

"The people must learn, as the people of Vietnam did, to defend their land with a knife, with a stone, with a club, with a stick, with their own body, with what it is needed.

“We prepare ourselves for integral defense, for a moment of prolonged popular resistance. We know the enemy that we have, that stalks us, with all the military power of training, armament, everything that has to do  with conventional warfare.

We are aware of this and we are preparing for the popular resistance of the whole people.

In that sense we have been developing our plans of resistance, of exhaustion, which are the strategic places and places from where we can strike to cause casualties, try to immobilize them as much as we can.

We know that for a conventional war we are not trained, but for a prolonged resistance yes, a resistance in which they will not know who is going to hit them, because the militiamen are among the people, who are in any territory: the man, the woman, the housewife, the taxi driver, the biker, the one who sells empanadas, juice, ice cream, the one who is in the school, the student, the worker, the fisherman, etc.”

Every Saturday they receive military, practical and theoretical instruction for five or six hours. Each battalion can be composed of up to 300 volunteers.

Military clothing is the only thing that many militiamen are given.

Some of them with more continuous functions, such as hospital safety, and they receive a minimum wage.

Currently, the Militia is made up for more than one and a half million of Venezuelans, ready to give their lives in defence of the Bolivarian revolution historical legacy of our commander Hugo Chavez. 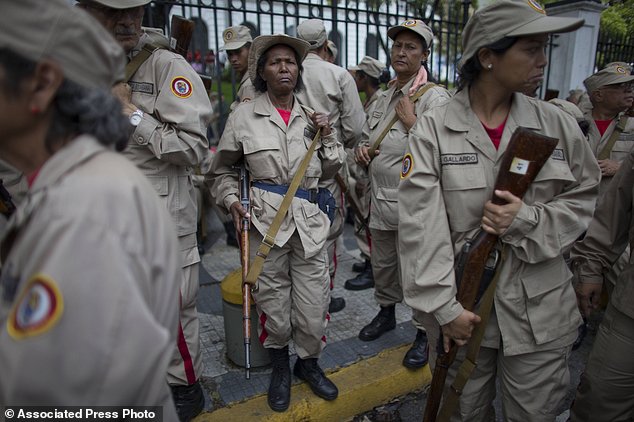