Freedom and the Marsh by V.I.Lenin - Hate Speech is not Free Speech do not follow some US Leftists into the Marsh 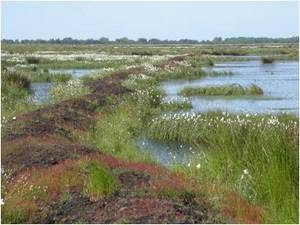 “We are marching in a compact group along a precipitous and difficult path, firmly holding each other by the hand.

We are surrounded on all sides by enemies, and we have to advance almost constantly under their fire.

We have combined, by a freely adopted decision, for the purpose of fighting the enemy, and not of retreating into the neighbouring marsh, the inhabitants of which, from the very outset, have reproached us with having separated ourselves into an exclusive group and with having chosen the path of struggle instead of the path of conciliation.

And now some among us begin to cry out:

Let us go into the marsh!

And when we begin to shame them, they retort:

What backward people you are!

Are you not ashamed to deny us the liberty to invite you to take a better road!

You are free not only to invite us, but to go yourselves wherever you will, even into the marsh.

In fact, we think that the marsh is your proper place, and we are prepared to render you every assistance to get there.

Only let go of our hands, don't clutch at us and don't besmirch the grand word freedom, for we too are "free" to go where we please, free to fight not only against the marsh, but also against those who are turning towards the marsh!”

Lenin reminds us we do not have to go down the Kyle Kulinski, Jimmy Dore and Lee Camp and Code Pink path we can let them go into the marsh but we are free to reject their liberal freedom for socialist democracy - democracy for the many not the few.

Obviously ideas about unfettered freedom of speech would have no place in a socialist society. It is class rule by the proletariat, not some impossible utopia of free and equal competition between classes in the realm of politics and ideas.

I worry, however, about supporting factions of the bourgeoisie when they ban each other. (Which surely is what the modern politically correct movement is about). Of course a socialist society would send people like Alex Jones and Tommy Robinson to be re-educated. But if the left keeps calling for censorship in the here and now I think we will find that Alex Jones and Tommy Robinson will remain largely free to do as they wish-with the occasional skirmish-and it is we who will be censored.

Left activists have played a part in restricting Alex Jones's activities - with social pressure on Tech companies. It was not a desire on part of Tech companies particularly facebook which hosts many Nazis and Holocaust deniers to censor hate.

True, pressurising tech companies is different from asking the state to ban our enemies. Still, I think that we have to be careful about going down this road. The old rule with people like Tommy Robinson and Alex Jones used to be oppose on the street but don't lobby the establishment. I know the age of the internet complicates things but I think we have to be careful that such efforts don't actually spill over into campaigns for state bans. The establishment is far more worried about socialists than they are about fascists.