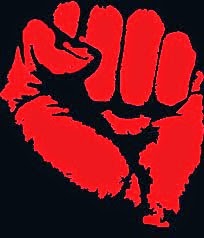 Democracy ad Class Struggle says Signalfire was never our ideological friend - they had a very different conception of Maoism from us - that their trajectory ends up with this statement is no surprise to us.

Statement from Editor of Signalfire

As many of you may have noticed the frequency of updates on Signalfire has gone down significantly in recent weeks. This website has always been the personal project of a single individual in the United States since it began its current incarnation five years ago.

For a variety of reasons I feel I am no longer in a position to provide a comprehensive daily review of news on both armed struggle in South Asia and the international Maoist movement.

Firstly because there are other projects I consider politically important to which I am choosing to devote my time in a balance with unavoidable work and educational commitments leaving less of a margin for the extensive daily review of material required to maintain this service at a reasonable standard.

Secondly although I think the popular armed resistance led by the CPI (Maoist) is one of the few positive factors in a national context defined by growing fascist hegemony and a offensive against the working class and oppressed people I no longer consider the so called “International Communist Movement” with its proliferation of cultish microsects and blind worship of failed past movements to be worth promoting.

I have come to see Marxism-Leninism-Maoism as a theological idealism based upon a mythologization of the Cultural Revolution. If considered realistically the Cultural Revolution is a defining event of 20th century politics which marks the implosion of both state socialism as a mode of capital accumulation and the Leninist party as a political structure in correspondence with this.

Maoism is a conservative effort to assimilate this rupture to a Stalinist continuity and is an obstacle to the possibilities of post-socialist and anti-theological communism.

Regardless of such differences the importance of defending comrades who are sacrificing their lives to defend popular survival rights against genocidal counter-insurgency policies is clear.

However the cultish sectarianism of the “International Communist Movement” is not only irrelevant to the class struggle in most countries in which it exists it is also an obstacle to any serious global united front against fascism and repression in India.

Publishing hallucinatory statements about how “hundreds of millions” of workers and peasants are joining the “victorious people’s war” at a time when the Maoist forces in India have been pushed onto the defensive and the dangerous impasse in which the movement is stagnating is clear to anyone familiar with publicly available documents is not solidarity but irresponsible self-promotion.

Unfortunately this is precisely the sort of irresponsibility which can be expected from sectarian groups which instead of producing serious materialist criticism of setbacks like the defeat in Peru (not to speak of the absence of worker’s power in the periods of “actually existing socialism” they defend) continue to wallow in the metaphysics of the cult of personality.

Promoting the errors of such groups does nothing to advance worker’s struggles on a global level and it certainly does nothing to practically defend comrades in India who are facing the complexities of a actual war being waged against them by the state.

The CPI (Maoist) whatever its many flaws is playing a indispensable role in protecting whole populations against displacement and destruction by big capital. Comrades in India who want to produce a substantive critique of that party face the difficult task of articulating a alternative extra-parliamentary politics among the overwhelming majority of urban and rural workers outside of the CPI (Maoist) area of influence.

Western Maoism on the other hand is simply irrelevant and the sooner people realize this, the sooner we can begin developing a communist politics which relates to 21st century reality.

Nor is this exclusive to Maoism. Regurgitation of the sectarian platitudes of anarchism, Trotskyism or Stalinism in whatever variant and in however intellectually sophisticated a form has little to offer in a apocalyptic future which none of these prophets expected. There is no easy alternative answer, simply the necessity of systematic and rigorous theoretical work beginning from the basic materialist premises and united with modest and serious intervention in social reality.

I hope that you have found my daily updates useful over the years and I offer my heartfelt appreciation to everyone among my readership who is investing their energy and risking their lives to maintain the continuity of resistance in a situation which is becoming increasingly dismal both here and in South Asia.