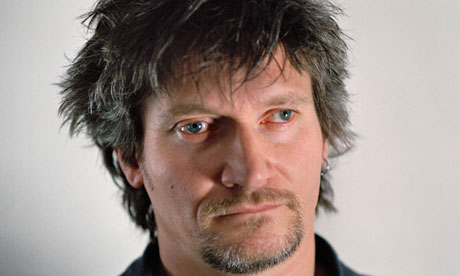 Source:http://www.guardian.co.uk/uk/2012/nov/08/mark-kennedy-accused-fantasist-french
The former British police spy Mark Kennedy is being accused of making fake claims after leaked documents indicated he was the source behind claims that French activists were learning to make homemade bombs.

Ten French leftwing activists are under investigation over an alleged terror plot to overthrow the state in a case that has convulsed France and drawn criticism from human rights lawyers.

Leaked documents seen by the Guardian reveal how claims against some of the activists, including the suggestion they discussed and "practised" building improvised explosive devices (IED)s, came from the British police unit Kennedy worked for.

The French authorities are not pursuing charges on this element of the inquiry. Instead, the activists are under formal investigation for allegedly sabotaging high-speed train lines with metal hooks, after damage to lines in November 2008 caused delays for thousands but no casualties. Accused of targeting the SNCF railway as the ultimate symbol of the French state, they deny all charges against them.

Kennedy, a police spy who used the alias Mark Stone during the seven years he was undercover, met French campaigners at least twice; once in the south of France and again in New York.

He is a discredited figure in the UK, where he has admitted to having sexual relationships with female activists.

His bungled operations led to the quashing of 20 convictions against activists and there are more potential miscarriages currently under review. Senior judges said he had arguably been acting as an agent provocateur.

Kennedy's role in the inquiry into the French anti-capitalists could jeopardise what is the most high-profile legal case on leftist activism in recent years. It is known as the "Tarnac affair" after more than a hundred French police in balaclavas swooped on the tiny rural village of Tarnac in November 2008, arresting anti-capitalists who were living on a communal farm and running a village shop. In a vast media operation, Nicolas Sarkozy's government and French authorities alleged they were a cell of dangerous subversives intent on anarchist armed insurrection to overthrow the state.

Those arrested included a Swiss sitcom actor, a distinguished clarinettist and an Edinburgh University graduate. French authorities accused a business and sociology graduate named Julien Coupat of being the group's "ringleader" and ideologue, saying he had written a key text, The Coming Insurrection. At the time socialists and human rights groups criticised the handling of the case and accused the government of exaggerating notions of a leftist "enemy within" for political gain.

It has now emerged that British police chiefs have been assisting French prosecutors building a case against the campaigners.

Responding to a request from French authorities for help with the case, Detective Chief Inspector Richard May wrote "United Kingdom law enforcement units are able to confirm that information is available" that Coupat was at a meeting in Nancy, a city in north-east France, in February 2008.

May, stationed in Scotland Yard's national domestic extremism unit, which was Kennedy's employer, added: "Later that same day the meeting moved to a location in a village called Moussey, France. During these meetings, the making of improvised explosive devices was both discussed and practised." Two other activists were named as being present at the meetings.

A month earlier, Kennedy met some activists at a meeting of international anarchists in New York.
May's letter added:

"United Kingdom law enforcement units are able to state that information is available that Julien Coupat was present at a meeting in New York, USA, between 12 and 13 January 2008."

May also told the French prosecutors that the "source of this intelligence will never be revealed and no formal statements will be provided".

Lawyers for the Tarnac activists rejected the claims made in the British police document. They believe the New York claim was central to French police opening a preliminary inquiry into the Tarnac group in early 2008 which they said was based on "extremely weak and inconsistent" information.

Kennedy has himself previously claimed that in 2008 he witnessed French activists practising making explosives. He has also admitted to providing intelligence about the New York meeting, which he dismissed as "a bit pointless".

The spy did, however, add that he provided intelligence that resulted in the FBI following a French activist suspected of advocating armed revolution, now believed to be Coupat.

Others present at the meeting were a Japanese activist, another French campaigner and some Americans.

One attendee of the New York meeting told the Guardian the group had general discussions about how to mobilise radical political action in the US.

They discussed how there was a lack of social spaces to organise political action and how best to handle the media, debates which were common in the months leading up to the Occupy movement.
"There was absolutely no discussion about armed revolution or anything remotely like that," the activist said.

Kennedy left the police in March 2010 before a disastrous attempt to return to his undercover life using his fake identity ended in activists unmasking him. He is now working for the Densus Group, a US private security firm advising corporations on how to deal with the "threat" of political activism.

The allegation that Kennedy had made manipulative claims has been made by William Bourdon, the lawyer representing the French activists. This week he wrote to the investigating judge in charge of the case demanding clarification of Kennedy's role. He wants access to all intelligence reports which he said had deliberately been hidden from the defence.

"The use of an individual like Mark Kennedy is an extremely serious problem for the state of law, and dangerous for democracy," Bourdon said.

"What is serious is that agents like Mark Kennedy can be used to a perverse effect, they can be put in a position which results in exaggeration and dramatisation, feeding the complicitous ears of authorities who need that dramatisation to justify a case."

Kennedy is known to have used his fake passport to travel abroad more than 40 times. Mostly, he was requested by foreign police forces who asked for assistance monitoring campaigners in their country.

In total, he visited 11 countries while working undercover and claims to have received a commendation from the FBI for his work in New York.

But his activities are the subject of ongoing scrutiny in many of the countries he visited, including Ireland, Iceland and Denmark.

There are particular concerns about his deployments in Germany, where he was twice arrested, once for allegedly committing an arson attack.

London's Metropolitan police, which is responsible for both Kennedy and May, said in statement that it would not comment on "specific deployments" but had pledged to reform its approach to undercover policing following the conclusions of an inquiry.

This Report contains videos of Annie Machon and Study Materials on Special Branch and Statistics on Surveillance in UK.
Posted by nickglais on 11/08/2012 08:15:00 AM