Modern Fascism or Fascisation ? Revival of Fascist Organisations danger of return to Fascism in its initial form 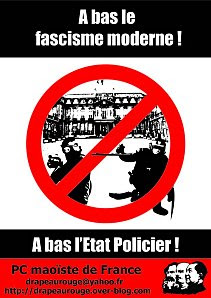 Our party has defined this period as one in which fascism is taking a modern form, modern fascism. The schoolmen always fix their definitions of fascism in a particular place and space and see no need to change this approach. Fascism basically remains the dictatorship of finance capital (a fusion of bank and industrial capital) in the epoch of imperialism. Certainly it takes different forms and these can vary from the most immediately brutal to those whose gestation is more attenuated. The last is modern fascism.


What are the conditions that allowed one or the other type to flourish?


The first form of fascism appeared in the conditions of rising class struggle, and the emergence of strong communist parties who directly threatened bourgeois order. This movement grew following the Ist World War, the victory of the October Revolution, the foundation of the Third International, and the rapid expansion of communist parties in the expectation of new uprisings in the imperial heartlands (following the defeats of the German Spartakists and Bela Kun in Hungary, in 1919, of the CPA in 1924, the hesitancy of the Italian Socialist Party towards the rise of Mussolini fascism).


The second form appeared during the period when the crisis of global capitalism began to accelerate rapidly, following the collapse of the socialist states, brought about by the revisionists who had been attempting to restore capitalism for some time.


Within the imperialist home counties, revisionists changed themselves into new social-democratic parties who allied with the traditional parties by alternating with them in managing capitalism. They strengthened the capitalist state in every area, modernising it, trying to make it more acceptable while pursuing, and quickening its restructuring in each countries across the globe and at international scale.


The state is the means by which one class dominates another economically, to maintain the domination of the capitalist class and in order to defend its interests, promotes economic measures allowing the capitalists to maintain the rate of profit, through the use of legal and coercive methods.


In this period of crisis oppressive laws are voted through parliament. Increased repression against the masses intensifies as the laws become more and more brutal. The ruling class is making the working class and the middle strata pay the highest price for the crises and this provokes a rising tide of mass revolt.


The bourgeoisie are worried that their social partners (leaders of the left and extreme left parties, opportunists of every hue, trade union leaders and reformist organisations) will not be able to contain this mass revolt. This is despite the collaboration of these classes who over the years have strengthened the State apparatus which has resulted in the modem fascist police State .


Some think that we are in a period of fascisation, that is to say where the State apparatus enacts repressive measures against the advancing masses and that these measures are counter-revolutionarv precautions. Consequently they limit their activity, not to a struggle against the State, but against the counter-revolutionarv precautions, against the repression. They do not recognise that the converging social partners are, directiy or indirectiy, consciously or unconsciousiy strengthening the police State and and its ideological, political and legislative prop - modem fascism. In these terms this "difference" can appear anodyne, derisory. On the contrary it exemplifies the ideologies of opportunism and adventurism, often the two together.


Actually the supporters of the fascisation argument are claiming that if we are faced with modem fascism then it is necessary to create a front with the left and the ultra-left in order to challenge it and which would involve the grass roots, as the Comintern had done in the period when there were authentic communist parties, not to speak of the base area formed by the USSR, which in the face of, fascism assumed a brutal form. It is not the case today that the principal question of opposing fascism is to prepare to assume leadership of a United Front, it is a question of the Party.


The adherents of fascisation put off the appointed day with the excuse that it is necessary to win the masses over before building a Party. In fact it is necessary for links to be built with the masses in struggle led by the Party and to learn with them the fusion of theory and practice. They lament the absence ofa Party but refuse to go to the masses under the Maoist banner contrary to those communists and Maoists who preceded us and who built the vanguard parties of their day.


Finally, they are all for a lining up in a front, without the Party, behind reformists of every hue in the event of an imminent fascist danger, or what passed for it when Le Pen raised his head. Then the leaders of the parties and unions, together with opportunist organisations called for a vote for Chirac, in the absence of a revolutionary perspective. Certainly a front against repression is useful but it can onlv bear fruit with a revolutionarv perspective and that is the one element in a United Front that cannot exist without the leadership of the Partv. The United Front is one of three indispensable elements in the development of a protracted people’s war for the seizure of power by the proletariat.


Others argue that Sarkozy is not the incarnation of modem fascism, which we have never said. They see Sarkozy representing the industrial bourgeoisie in a struggle against the financial bourgeoisie. While, as any Marxist novice know that since the end of the 19th. Century, the fusion of industrial and bank capital produced finance capital, which has dominated economic life in the era of imperialism.


Our friends panic when they note the resurgence of fascist groups, the relative increase in racist and anti-Semite acts, perpetrated by extremist right wingers.


They reckon that the bourgeoisie needs fascism because, in their eyes, Sarkozy favours industrial over finance capital. It is sufficient to look at the measure that the bourgeois state, headed by Sarkozy, has enacted, to be convinced to the contrary. The relative increase in racist and anti-Semitic attacks draws inspiration from two linked sources. Imperialist aggression against peoples and the exploitation of contradictions within the people by the bourgeoisie are behind.the rise of racism and anti-Semitism.


We should not under-estimate extreme rights organisations, we should remain vigilant and respond to attacks, but they are marginal and nothing more than the National Front constitutes an immediate threat.


Today it is the organisation of finance capital operating in a modem fascist form and the police State which is more dangerous because while it advances wearing the mask of democracy, it is a fascist face underneath that remains menacing.


Oniy a vanguard force organised by the proletariat regrouped in a United Front and the development of people’s war in the conditions adapted and adaptable to each country can ensure an assault on modem fascism and to allow for better conditions to exist in the future struggle against barbaric and brutal fascism, which the bourgeoisie will hold in reserve when the rising tide of revolution, here and throughout the world threatens the fundamental interests of capitalism.