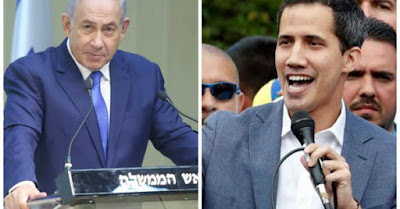 He said that Israel joins the US, Canada and most Latin American and European countries in recognizing the “new leadership.”

Venezuelan army chiefs have confirmed their loyalty to Nicolás Maduro, who has denounced a “coup d’état in development” and received the support of Russia, China, Turkey, Bolivia, Mexico.
Posted by nickglais on 1/27/2019 11:38:00 AM