Helsinki - Trump Theatrics and the "Dignified" withdrawl of Iran from Syria 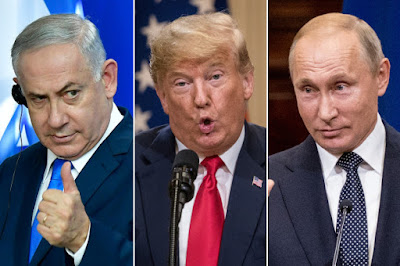 Democracy and Class Struggle say behind all the Trumpian Theatrics at Helsinki lay the main question of Iran the target of Bolton and Pompeo and Netanyahu.

Only idiots think Iran will go quietly into the night - we are witnessing a prelude to a new nightmare another new tragic turn in the Middle East by the political fantasists of hyper realism.

Aeschylus could not write anything more tragic and its presented as hyper realism to fit the already hyper normalization - which simply translate into lies that lead to death - Imperialism by any other name is still Imperialism.

Everything that the Western world previously assumed about “Israel’s” supposed “invincibility” has been exposed as a discredited propaganda operation that not even the US is capable of conducting anymore after the on-the-ground facts have disproven its very basis. Long thought of as the “Sparta” of Mideast affairs because of its military’s ability to punch well above its weight in regional conflicts and the efficient capabilities of its intelligence services in catalyzing the MENA-wide Yinon Plan of the so-called “Arab Spring”, “Israel” has now been exposed to have several glaring vulnerabilities that have put it in such a position of weakness vis-à-vis Iran that it’s now compelled to seek joint American and Russian assistance in ensuring its security.

During the joint press conference in Helsinki, President Putin proclaimed his long-known desire to protect “Israeli” interests by telling the world that:

“I would also like to note that after the terrorists are routed in southwest Syria, in the so-called ‘southern zone’, the situation in the Golan Heights should be brought into full conformity with the 1974 agreement on the disengagement of Israeli and Syrian forces. This will make it possible to bring tranquillity to the Golan Heights and restore the ceasefire between the Syrian Arab Republic and the State of Israel. The President devoted special attention to this issue today.”

Trump took it even further by adding that:

“We’ve worked with Israel long and hard for many years, many decades. I think that never has any country been closer than we are. President Putin also is helping Israel, and we both spoke with Bibi Netanyahu. And they would like to do certain things with respect to Syria, having to do with the safety of Israel. So, in that respect we absolutely would like to work in order to help Israel, and Israel will be working with us, so both countries would work jointly.

And I think that when you look at all the progress that has been made in certain sections with the eradication of ISIS – we’re about 98–99 percent there – and other things that have taken place that we have done and that, frankly, Russia has helped us within certain respects. But I think that working with Israel is a great thing, and creating safety for Israel is something that both President Putin and I would like to see very much.”

Beyond any shadow of doubt, the two Great Powers have made “Israel” their joint protectorate, and this surprising state of affairs has far-reaching implications for not just Syria, but the entire Mideast and especially Iran.

To be succinct, the Yinon Plan dramatically backfired by creating the conditions for Iranian military “advisors” in Syria to creep closer to the occupied Golan Heights, a pressing security threat of the highest importance that could only be temporarily staved off by Russia’s greenlighting of “Israeli” bombing raids against them.

Still, this isn’t a sufficient solution because it’s unclear exactly how many of these forces are in the region and whether or not they’re operating incognito as part of the “National Defense Forces” militias or even members of the Syrian Arab Army itself. Furthermore,

Russia barely has any influence on Iran’s military plans in Syria no matter how much pressure Moscow has put on Damascus to curtail what the Kremlin views to be a regionally destabilizing factor.

The only way to sustainably secure “Israel’s” existence from the asymmetrical threat that Iranian forces and their Hezbollah allies pose near the occupied Golan Heights was for Tel Aviv to strike an indirect deal with Damascus through Russian mediation whereby the self-proclaimed “Jewish State” would implicitly recognize the continued leadership of President Assad in the Arab Republic so long as he could guarantee that his sworn enemy’s foes will be kept an uncertain distance away from the de-facto “border”.

Getting “Israel” to back down from its years-long unofficial policy of regime change in Syria would be even more of a game-changer than when Saudi Arabia recently did the same, with Russia being responsible for both previously unthinkable policy reversals. 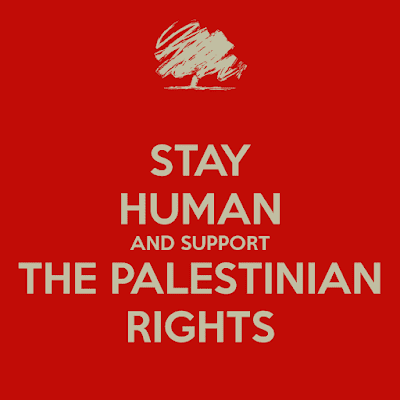