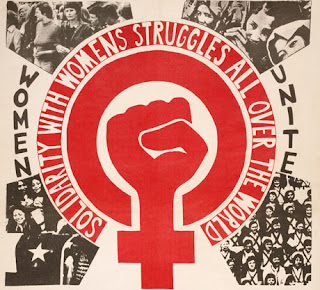 8 March 2001 is the 91st anniversary of the International Women's Day (IWD), which was first declared in 1910. In that year, Clara Zetkin, inspired by the working class women's movement in America, proposed to the Second International Conference of the Socialist Working Women that an annual celebration of women's day be held. The Socialist International meeting in Copenhagen, Denmark, established a Women's Day, international in character, to honour the movement for women's right and to assist in achieving universal suffrage for women. The proposal was greeted with unanimous approval by the conference of over 100 women from 17 countries. No fixed date was selected for the observance.

As a result of this decision, the first International Women's Day was held on 19 March 1911 in Austria, Denmark, Germany and Switzerland, where more than one million women and men attended rallies. In addition to the right to vote, they demanded the right to work, to vocational training and an end to discrimination on the job. The date was chosen by Germany women as 19 March, because, on that date in 1848, the Prussian king, faced with an armed uprising, had promised many reforms, including an unfulfilled one of votes for women.

In 1913, the date for the IWD was changed to 8 March. This was to commemorate tow important events which occurred on that day. On 8 March 1857, women garment and textile workers in New York City had staged, for the first time, a protest against in-human working conditions, the 12-hour work day and low wages. The marchers were attacked and dispersed by the police. Two years later, again in March, these women formed their first union. Again on 8 March 1908, 15,000 women marched through New York City demanding shorter working hours, better pay, voting rights and an end to child labour. They adopted the slogan 'Bread and Roses'; with bread symbolizing economic security and roses, a better quality of life. In May of that year, the Socialist Party of America designated the last Sunday in February for the observance of the National Women's Day.

The first National Women's Day was observed across the USA on 28 February 1909. Soon, women in Europe began celebrating Women's Day on the last Sunday of February. It was in this background that Clara Zetkin put forward the proposal for an International Women's Day at the 1910 Conference of the Women's Socialist International. Within a week of the first celebrations in 1911, on 25 March 1911, over 140 working girls were killed in the tragic Triangle Fire in the USA. This event had a far reaching effect on labour legislation in the USA and gave the IWD a further impetus.

On the eve of World War I, Russian women observed their first International Women's Day in 1913. Elsewhere in Europe, on or around 8 March of the following year, women held rallies either to protest against the war or to express solidarity with oppressed women. The most famous International Working Women's Day was the 8 March 1917 (24 February in the Russian style calendar) strike for 'bread and peace' led by the Russian women of St. Petersburg. Both Clara Zetkin and Alexandra Kollontai took part in this event. The IWD strike merges with the riots that had spread throughout the city between 8-12 March. The February Revolution, as it came to be known, forced the Czar to abdicate.

In the Soviet Union, 8 March was declared a national holiday and accompanied by a celebration of 'the heroic women workers'. Since then, 8 March has grown in significance, and its celebrations throughout the world have marked a growing awareness of women's rights. The great advances achieved in women's rights in the Soviet Union, after the socialist revolution, were an inspiration to women throughout the world. The Chinese revolution in 1949 showed how, even in one of the most backward countries of the world, seeped in feudal values and patriarchal thinking, women can be aroused for change. The gigantic strides made by women in socialist China were a living example for women throughout the Third World. Particularly, the Great Proletarian Cultural Revolution, and its consistent attack on feudal Confucian thinking, acted as a great source for the further emancipation of women in China. Comrade Chiang Chiang was its living symbol.

The 1960s and early 1970s, which saw a strong democratic upsurge in the capitalist countries and powerful national liberation movements in the Third World, also witnessed a rejuvenation of the women's liberation movement. The movement had such an enormous impact throughout the world that the imperialists sought to destroy it through co-option and diversion into acceptable channels. This resulted in large, corporate or state-funded NGOs vehemently attacking socialism, and putting for-ward a bourgeois form of feminism. The process of co-option culminated in the United Nations officially recognizing 8 March as the International Women's Day in 1977. Since then, the most bourgeois and reactionary organizations have also come to 'celebrate' 8 March, depriving it of its revolutionary content and great history of struggle, through which it originated.

This process was further catalysed with the reversal of socialism, first in the Soviet Union, and, later, in China. The first casualty of these reversals was the denial of some of the rights achieved by women under socialism.

Yet, the International Women's Day continues to live on amongst the oppressed women of the world. The temporary setback of the communist movement and socialism, and the re-assertion of capitalism/imperialism, has hit women hard. Globalizations, and the crass consumerism associated with it, have witnessed the mass commodification of women, on a scale unheard of before. The cosmetic industry, tourism and bourgeois media have degraded the women's body as never before, without any respect for their individuality. This, coupled with mass poverty, has led to entire populations turning to prostitution as witnessed in East Europe, East Asia, Nepal, etc. Coupled with this, the rise of religious fundamentalism and various sects throughout the world is pushing another section of women back to a status of the Dark Ages. Squeezed between these two extremes, women, today, more than ever before, feel the need for assertion, for self-respect and equality with their male counterparts. 8 March has, therefore, an even greater significance today.

The revisionists and bourgeois liberals seek to dampen the women's spirit of freedom, displaying mock 'concern,' acting as condescending saviors, confining women to their home. They compromise with patriarchal values, feudal traditions and fear women's emancipation and assertion. They, of course, also 'celebrate' women's day, as a routine, issuing out the regular hypocritical statements.

It is the revolutionary forces throughout the world, and, more particularly, the Maoists, who have brought back a living vibrancy to the IWD, making it, once again, a day symbolizing the struggle of women for freedom, self-respect, equality and emancipation from all patriarchal values and exploitative practices. It is this revolutionary spirit that kindles a new hope in the future for the oppressed women of India, and the world.