The Lessons of October by Nadezhda K. Krupskaya 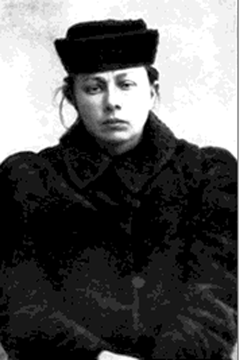 Two years ago, Vladimir Ilyitch, speaking at a plenary meeting of the Moscow Soviet, said that now we were treading the path of practical work, that we were no longer treating Socialism as an ikon merely to be described in glowing colours. “We must take the right road,” he said, “it is necessary to submit everything to the test; the masses and the whole population must test our methods, and say: ‘Yes, this order of things is better than the old one.’” This is the task which we have set ourselves.

That this is no Utopia, but a reality in which we live, has been demonstrated. We have all seen that it has been done. We had to do it in such a way that the great majority of working proletarians and peasants had to admit: “It is not you who praise yourselves, but we who praise you. We tell you that you have attained so much better results that no reasonable human being would ever think of returning to the old order.”

The Party works continually and unwearyingly. In 1924 the fact of the Lenin Recruitment showed us that the working masses regard the C.P. as their Party. This is an important point. This is a real and permanent achievement, and in itself no small praise. Out in the country we are praised already for many things, though these things are as yet but little. Our Party devotes much attention to the peasantry, and not only to the whole peasantry, but to the poorer and middle strata.

The Party is working for the improvement of the subordinate Soviet apparatus; it aids the village nuclei in their work, and hopes to attain much. The Party accomplishes a large amount of practical work of every description, comprising an enormous field of activity, and guides the carriage of history along the road pointed out by Lenin.

The Party has devoted itself seriously to the accomplishment of practical work. Under our conditions this is an extremely difficult task, and for this reason the Party is so hostile to any discussion.

I do not know whether Comrade Trotsky has actually committed all the deadly sins of which he is accused—the exaggerations of controversy are inevitable.

Comrade Trotsky need not complain about this.

He did not come into the world yesterday, and he knows that an article written in the tone of the “Lessons of October” is bound to call forth the same tone in the ensuing controversy.

But this is not the question.

The question is that Comrade Trotsky calls upon us to study the “Lessons of October,” but does not lay down the right lines for this study.

The first thing which we must study is the international situation as it existed in October, and the relations of class forces in Russian at that time.

Does Comrade Trotsky call upon us to study this? No.

And yet the victory would have been impossible without a profound analysis of the historical moment, without a calculation of the actual relations of forces. The application of the revolutionary dialectics of Marxism to the concrete conditions of a given moment, the correct estimation of this moment, not only from the standpoint of the given country, but on an international scale, is the most important feature of Leninism.

The international experience of the last decade is the best confirmation of the correctness of this Leninist process. This is what we must teach the Communist Parties of all countries, and this is what our youth must learn from the study of October.

But Comrade Trotsky overlooks this question. When he speaks of Bulgaria or Germany, he occupies himself but little with the correct estimation of the moment. If we regard events through Comrade Trotsky’s spectacles, it appears exceedingly simple to guide events.

This is the reason why he so under-estimates the role played by the peasantry. Much has already been said about this.

We must further study the Party during October. Trotsky says a great deal about the Party, but for him the Party is the staff of leaders, the heads. But those who really wish to study October, must study the Party as it was in October.

And Lenin knew all this as well, though living illegally. He was kept well informed and received letters about everything which occurred in the life of the organisation.

And Lenin did not only know how to listen, he also knew very well how to read between the lines. The victory was made possible by precisely the fact that there was a close contact between the C.C. and the collective organisation.

A Party whose upper stratum had lost contact with the organisation would never have been victorious.

All Communist Parties must impress this upon themselves, and organise themselves accordingly.

Where the Party is so organised, where the staff knows the will of the collective organisation—and not merely from the resolutions—and works in harmony with this will, the vacillations or errors of individual members of the staff do not possess the decisive significance ascribed to them by Comrade Trotsky.

When history confronts the Party with an entirely new and hitherto unexampled emergency, it in only natural that the situation is not uniformly estimated by everyone, and then it is the task of the organisation to find the right common line.

Trotsky does not recognise the part played by the Party as a whole, as an organisation cast in one piece. For him the Party is synonymous with the staff. Let us take an example: “What is the Bolshevisation of the Communist Party?”—he asks in the “Lessons of October.” It consists in so educating the Parties, and so choosing their leaders that they do not go off the tracks when their October comes.

This is a purely “administrative” and utterly superficial standpoint. Yes, the personalities of the leaders is a point of the utmost importance. Yes, it is necessary that the most gifted, the best, the firmest in character of our members are selected for our staff: but it is organisation, not merely a question of their personal capacities, but a question of whether the staff is closely bound up with the whole

There is another factor thanks to which we have accomplished our victory in October, and that is the correct estimation of the role and importance of the masses. If you will read all that Lenin wrote on the role played by the masses in the revolution and in the development of Socialism, you will see that Lenin’s estimation of the part played by the masses is one of the corner-stones of Leninism.

For Lenin the masses are never a means, but the decisive factor. If the Party is to lead millions, it must be in close contact with these millions, is must be able to comprehend the life, the sorrows, and aspirations of the masses. Bela Kun relates that when he began to speak to Lenin about a revolutionary war against Germany,

We do not find any appeal for the study of this side of the October revolution in the “Lessons of October.”

On the contrary. When forming his estimate of the German events, Comrade Trotsky under-estimates the passivity of the masses.

A certain Syrkin has put a very foolish interpretation on John Reed’s book. Many people are of the opinion that we should not put John Reed’s book into the hands of young people. It contains inaccuracies and legends. The history of the Party is not to be learnt from Reed. Why then did Lenin recommend this book so warmly? Because in the case of John Reed’s book this question is not the main point. The book gives us an excellent and artistic description of the psychology and trends of feeling among the masses of the soldiery and the workers who accomplished the October revolution, and of the clumsiness of the bourgeoisie and its servants. John Reed enables even the youngest Communist to grasp the spirit of revolution much more rapidly than the perusal of dozens of protocols and resolutions. It does not suffice for our youth to merely know the history of the Party, it, is of equal importance that they feel the pulse of the October revolution. How can our youth become Communists if they know nothing more than Party conditions in their narrower import, and do not feel what war and revolution have been?

Comrade Trotsky approaches the study of October from the wrong side. The incorrect estimate of October is only one step removed from a wrong estimate of actuality and from the wrong estimates of a number of phenomena of immense significance. The wrong estimate of actuality leads to wrong decisions and actions. Anyone can comprehend this. What has happened cannot be undone. Since the “Lessons of October” have seen the light of day, they must be fully discussed in the press and in the Party organisation. This must be done in a form accessible to every member of the Party.

Our Party has now greatly increased in numbers. Broad masses of workers are joining the Party, and these workers are insufficiently enlightened on the questions raised by Comrade Trotsky.

Things perfectly clear to an old Bolshevist, who has fought determinedly for the Leninist line, are not clear to the young Party member.

Comrade Trotsky devoted the whole of his powers to the fight for the Soviet power during the decisive years of the revolution. He held out heroically in his difficult and responsible position. He worked with unexampled energy and accomplished wonders in the interests of the safeguarding of the victory of the revolution. The Party will not forget this.

But the achievements of October have not yet been fully consummated. We must continue to work determinedly for their fulfilment. And here it would be dangerous and disastrous to deviate from the historically tested path of Leninism.

And when such a comrade as Trotsky treads, even unconsciously, the path of revision of Leninism, then the Party must make a pronouncement