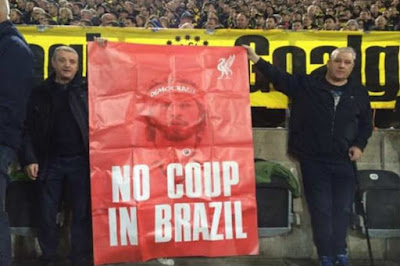 This article reflects the personal views of Jesus Rojas

The onslaught of the imperial right-wing against progressive governments in Latin  America   was   intensified   following   the   death   of   our   commander  Hugo Chavez.

The  Greedy empire  has launched all  its  batteries  to destroy democratic processes and resources and focused its destructive agenda against the people instead of large transnational capital or its oligarchies.

The   president   of   Ecuador,  Rafael   Correa,   who   has   also   experienced   the ravages of conspiracies, one of which almost cost him his life, spoke that we were not in a time of change, but, a change of time.

But the empire does not rest and even though I expected to see it changing its tone, especially after the arrival of Barack Hussein Obama to power, it didn’t happen.

Instead, president Obama devoted himself to dispel any hopes connected with his election.

Far  from   improving   relations   with   the   continent,  Obama  has   been   creating chaos in regional politics, for his government has finely tuned strategies of a diversified war, in some cases of "low intensity", but in cases like Venezuela the    intensity   has   been   of   high   impact. 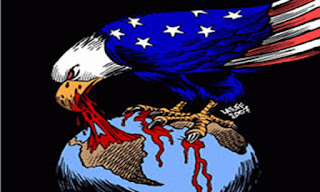 A   total   war   against   the   government   of President Nicolas Maduro has entered its toughest phase, only a notch below a frontal military attack.

Slander and legal farces have led to Rousseff's suspension whilst an investigation is conducted against her.

The  impeachment   case   that  was   filed   against   President  Dilma  Rousseff  of Brazil was criticized by the country's attorney general who sees the case as unconstitutional and politically motivated.

Jose Eduardo Cardoso said that the law only allows impeachment under a very limited circumstance.

He added that the president hadn't committed any serious crime for her to be under the clause of impeachment.

Dilma Rousseff has demonstrated, by example and her humanist vocation, to be a guarantor for democracy, social justice for the Brazilian people and the people of united Latin America.

The legitimate president, Dilma Rousseff, the first woman elected as head ofstate in Brazil, is facing an onslaught motivated by revenge of those factors that lost the elections and they are unable to reach political power by other means than  force.

It is   undeniable   the   moral  heritage,   and   dignity  and   fighting capacity   of   President   Dilma   Rousseff.   The   Coup   in   development   has   been forged   from   the   very   moment   of   the   election   of   President   Dilma   Rousseff,through   the   implementation   of   actions   linked   to   the   smooth   coup,   such   as sabotage, disinformation, and lies, even to the extent of trying to prevent the realization in Brazil of sporting events of great global significance, with the aim of discrediting the government and its authorities.

There is no doubt that all these actions are part of the oligarchic and imperial onslaught against progressive popular processes and of left-wing  with the sole purpose of re-impose neoliberal models of social exclusion and spoliation of our natural wealth that brought poverty and backwardness for our towns and thus end the democratizing models.

The process of Coup in Brazil aims to replace popular sovereignty and ignoring the legitimate will of its people.

And the call is to the people of the world to remain vigilant and ready to defend democracy,President Dilma Rousseff and the processes of unity and integration among our countries