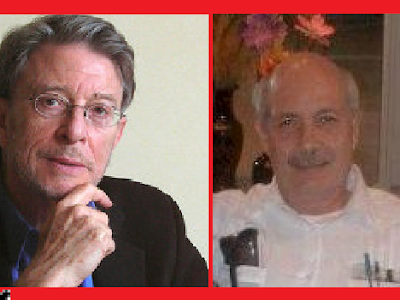 The RT video interview below of Stephen Cohen by Oksana Boyko expresses the anti Stalin Paradigmatic  view- which finds acceptance amongst all varieties of trotskyism and social democracy and even revisionist Post Maoists like the RCPUSA.

Grover Furr's  position has outlined in his critique of the Stephen Cohen RT interview by Oksana Boyko below confronts the anti Stalin Paradigm head on.

Remarks on Interview of Professor Stephen Cohen on RT.COM on November 1, 2015 by Grover Furr

Cohen is a retired professor of Soviet history at Columbia University and New York University,a longtime columnist for The Nation magazine, and expert on Nikolai Bukharin.

In the late 1970s Cohen's 1973 book Bukharin and the Bolshevik Revolution was translated secretly into Russian and smuggled into the USSR. Mikhail Gorbachev said that it helped convince him of the evil of the Stalin years. It was the first book by a Western "Sovietologist" to be officially published in Russian, in the USSR, by a Soviet publisher.

Cohen has some credibility among leftists because he is a liberal among the scholars on the USSR. He has said that he was sorry to see the demise of the USSR and felt terrible about the suffering of the (former) Soviet working class during the Eltsin years, when living standards and life expectancy went into a free fall. Cohen has opposed US policy on Ukraine and is much more supportive of the Putin policy than virtually any other mainstream scholar of Russia or the USSR.

It's all the more important, therefore, to understand that on the subject of Stalin Cohen is more similar to than different from the Cold War anticommunist and anti-Stalin ideologues who are the main "expert" voices about Soviet history. Cohen shares with them what I have called the "anti-Stalin paradigm" of history. This is a version of Soviet history of the Stalin period entirely build on lies, fabrications, and forgeries. Cohen repeats some of them here.

In 2012 my Moscow colleague Vladimir L. Bobrov and I published a lengthy article titled "Stephen Cohen's Biography of Bukharin: A Study in the Falsehood of Khrushchev-Era 'Revelations'." (Cultural Logic for 2010) In it we show that virtually every fact-claim Cohen makes in Chapter 10 of his Bukharin biography is false. This is the chapter that takes Bukharin's life from 1930 to his trial and execution in 1938.

We begin that article by showing that Cohen deliberately lies in this book. Cohen quotes from the memoirs of one of Bukharin's close friends and colleagues of the 1920s, the Swiss communist Jules Humbert-Droz. Humbert-Droz revealed that Bukharin told him in 1928 that he and his supporters were plotting to assassinate Stalin. Cohen never mentions this passage, concealing it from his readers.

When confronted about this omission in 2014 Cohen said that " I knew nothing about his subsequent remark until well after my book was published."

Therefore Cohen is not above lying about Soviet history of the Stalin period. But I think the main issue here is not Cohen's personal dishonesty. Rather, it is the "anti-Stalin paradigm" which is required, is the only "politically correct" version of Soviet history allowed. And it is built on lies.

In a 1986 article in Slavic Review, "Fear and Belief in the USSR's 'Great Terror': Response to Arrest, 1935-1939" Robert Thurston argued that there was no "terror" because people were not "terrorized."

The best term for this period is the Ezhovshchina, or "bad time of Ezhov."
We have a great deal of evidence that confirms the guilt of Marshal Tukhachevsky and other military commanders in plotting both a coup d'�tat against the Soviet government and Party leadership, and also plotting with Germany and Japan to join invading fascist armies against the Soviet government in the event of war.

The truth, as demonstrated by the best evidence, is that in stopping the military conspiracy Stalin saved not only the Soviet Union, but all of Europe and indeed the world from fascism. Both Germany and Japan would have been immeasurably stronger in their wars against the Allies if the military conspirators had succeeded. Germany would have had the immense material and human resources of the Soviet Union to turn against England and the US. Japan would have had the petroleum of the Soviet East and Sakhalin, making it far less vulnerable in its war against the USA.

Since Khrushchev's day it has been heresy in the USSR, and now in Russia, to discuss the evidence that the military conspirators were guilty.

But the evidence is there. I wrote about this in Chapter 17 of The Murder of Sergei Kirov. I have more about the military conspiracy in my forthcoming book Trotsky's 'Amalgams'. It will be published in December, 2015.

Cohen has been close to the family of Nikolai Bukharin for decades and is completely committed to the position that Bukharin was innocent, "framed" and murdered by Stalin. This flies in the face of all the evidence now available. Vladimir Bobrov and I have published several articles on Bukharin and the evidence against him that is now available. All are on my Home Page.

* Cohen claims that he met the daughter of "Kogan", an NKVD man who had "tormented" Bukharin, and that Bukharin's aged widow said that Kogan too had been a "victim" of Stalin. This is all wrong.

There were at least two NKVD men named Kogan. We don't know which "Kogan" is in question here. In her autobiography, Bukharin's widow Anna Larina just calls him "Kogan." She also states that Bukharin sent her a note saying that his conditions in prison were very good!

Neither she nor anyone else has any evidence that Kogan, or for that matter anybody, "tormented" Bukharin. 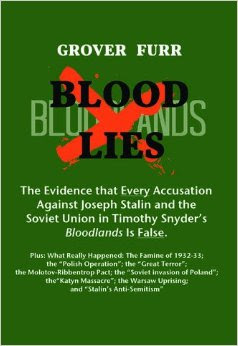 Some other sources assume the "Kogan" here is L.I. Kogan. If so, this Kogan was arrested tried, and executed in 1939, under Beria, for "illegal arrests of Soviet citizens and the falsification of criminal cases." That is, when Beria, authorized of course by Stalin, was investigating the criminal mass executions carried out under Ezhov. I cover this in my book Blood Lies.

Boyko, the interviewer, calls Timothy Snyder and Anne Applebaum "good historians" and contrasts them to Cohen, who is certainly a liberal compared to these two.

In Blood Lies I expose Snyder's dozens of lies about Stalin, the USSR, and communists.

This shows the convergence of overtly right-wing anticommunists with liberal anticommunists like Cohen in the "anti-Stalin paradigm." This paradigm can accommodate both. Just as it also accommodates anarchists and Trotskyists, who compete with the overly pro-capitalist anticommunists in spreading lies and horror stories about Stalin.

In conclusion: lies about the Stalin period are promoted by all anticommunists, from the pseudo-left to liberal and right-wing. The Russian Revolution, the high point of whose achievements were attained during the period of Stalin's leadership, continues to incite fear and hatred among its enemies.


For further reading study on this question

In War and Revolution in the 20th Century by Dominico Losurdo gives a new non liberal conceptual framework for analysis of Stalin Question or if you like a new  paradigm. 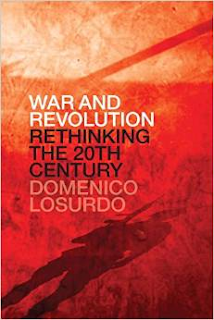 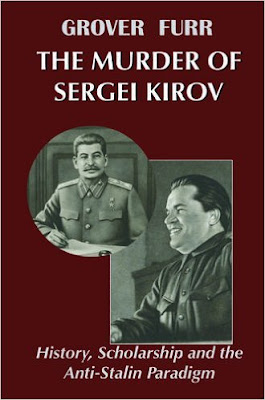 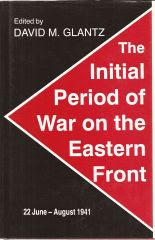 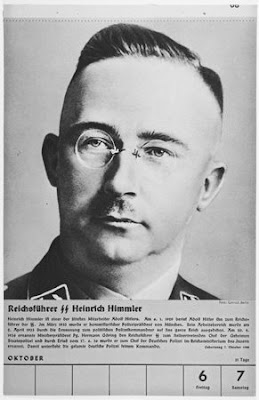 Next -- the war situation. I begin with Russia. As -- I think it was in 1937 or 1938 -- the great show trials took place in Moscow and the one-time Tsarist lieutenant and later Bolshevik General Tukhachevsky and other generals were shot, we in the Party and the SS shared the common view in Europe, that with this the Bolshevik system, that with this Stalin had committed one of his greatest mistakes.

In this judgement of the situation we were absolutely mistaken. This we can establish for certain.

I believe that Russia would not have endured the two years of war -- and she endures already a third year of war -- if she had kept the earlier Tsarist generals.

The strongest supporter for the Bolshevik -- doctrine, I can call it, not world-view -- is there simultaneously commander and leader.

FOR A QUICK VISUAL SUMMARY OF SOVIET UNION