Anand Teltumbde : Dr. Ambedkar Can Neither be adopted Nor Appropriated by THE HINDUTUVA FORCES 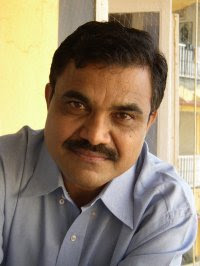 Democracy and Class Struggle has been studying Dr Ambedkar and we find the grandson of  Dr Ambedkar Anand Teltumbde provides very useful insights into caste and the revolutionary project for annhilation of caste  for revolutionary communists.

The video Ambedkar Can Neither Be Adopted Nor Appropriated by The Hindutva Elements is at bottom of this article.

It is not at all important in evaluation of his (Dr Ambedkar) contribution to the Indian society that he did not care for Marxism. He has been singularly instrumental in raising the consciousness of the lowliest of the lowly to their human rights.

He has been the first to foreground the caste question at the national level and give a slogan of Annihilation of Caste.

No one can deny the contribution of the communists and it is verily true that in the mode of class struggle they waged in countryside, castes had melted away. But in terms of sheer magnitude it may have to be admitted that Ambedkar’s influence exceeds all of them.

One may examine the quality of this consciousness but that is a different matter. In India this may be seen as necessary step in the process of democratization. It is with this sense that I said that his contribution to India’s democratization is greater than all communists combined.

It is deliberately rhetorical because I want communists to think what opportunities they have missed and what have been the consequence of that miss.

I have been faulting the early Marxists for importing the moulds from Europe for doing class analysis of India and excluding castes as superstructural category. Lenin had defined classes as follows:

“Classes are large groups of people differing from each other by the place they occupy in a historically determined system of social production, by their relation (in most cases fixed and formulated by law) to the means of production, by their role in the social organisation of labour, and, consequently, by the dimensions of the share of social wealth of which they dispose and their mode of acquiring it”. (Vladimir I. Lenin: ‘A Great Beginning: Heroism of the Workers in the Rear: ‘Communist Subbotniks’ in: ‘Collected Works’, Volume 29; Moscow; 1965; p. 421).

My contention is that if the early communists had internalized this definition of Lenin, castes could not have been left out to yield an idiotic duality of class and caste.

Even today they keep swearing by the Marxian metaphor of ‘base and superstructure’. Sinha still sees a big problem in my statement that this metaphor has been the biggest hurdle in the path of Indian revolution.

That is the reality of India and its caste divide! Now don’t say that only the non-Dalits grasped the ‘pure’ Marxism. There has been quite a controversy around this metaphor that prompted theoretical developments in the realm of cultural Marxism. But we would not enter that sphere here.

Over the time the Indian Marxists limped to realize that castes are not merely the aspects of superstructure but extend into the production base itself.

Castes in 1920s almost defined peoples’ lives at least in broad terms and hence if they had been incorporated within the class analysis, the anti-caste struggle would have been an integral part of the class struggle eliminating the need of separate anti-caste movement, which was sure to be developed in a divergent direction as it did.

I called this the biggest sin of the communists.

Even to this proposition there was lengthy retort from the organizers’ side. Of course, what was possible in 1920s cannot be tried in 2013. But there should be a realization that a costly mistake was committed. Surprisingly, there is no admission ever from the Marxists.

With all kinds of display of enlightenment on caste question with unmistaken pretention that it was superior to what existed, confront them on this simple issue and you will find them clinging to this metaphor as though it was the core of Marxism.

I have been saying umpteen times that the core character of caste is like an amoeba; it only knows splitting.

Castes under external pressure tend to contract together, but remove the pressure they would start splitting.

All caste movements have experienced it but failed to note this core characteristic of castes.

Babasaheb Ambedkar tried to articulate his anti-caste struggle in class terms, organizing all the Untouchables into a class. He tended to use ‘class’ instead of castes.

His first essay on Caste, when he was just a student in Columbia makes profound observation (I am aware, Sinha and comrades of his ilk will not be amused) about their characteristics.

Needless to say, that his conception of class was not Marxist and rather came closer to Weberian sense.

But as he proceeded, he was compelled by the circumstances to repeatedly fall back to castes. As a result, it sounds unpalatable to many people that his was not the caste based struggle

. ‘Dalit’ that was shaped through this movement deceptively appeared viable, collapsing all the sub-castes into one whole, but today after 60 years it faces a threat of extinction from the upsurge of sub-castes.

The logical conclusion for Dalits to realize is that castes cannot be the basis for articulating any struggle for radical change. What does it mean?

It means that they will have to shun caste idiom and orient them towards class. The circumstances are congenial today than ever before to realize it as every caste has created a class layer within it, which pretends to identify with the rest but is in fact inimical to it.

It is not necessary for Dalits to sublimate to Marxism because they have not yet exhausted Ambedkar itself. Babasaheb Ambedkar gave them a vision of Annihilation of Caste.

That is a good enough dream to pursue.

Any and everything that comes in its way should be discarded as anti-Ambedkar.

Castes cannot be annihilated by Dalits alone for the simple fact that they have not created it.

Unless the larger society owned up this task, castes will not be annihilated. Therefore, they should orient them to identify their friends and foes not on the basis of ‘certificates’ but their placements in life situation, i.e., class.

I have been advising the Left also in a reverse direction that they should shun their orthodoxy and understand that they ought to see castes as the prime hurdle in revolution and reflect it in their practice.

It is not the lip service that they will speak out all wise things but still hamper on the worn out metaphors.

Let their theory as well as practice reflect this conviction that they have really changed. It is through the gradual convergence of these two movements and not the isms that the new revolutionary movement will be born quickly fructifying into Indian revolution.

Is there anything anti-Ambedkar here? Or am I speaking the same thing as Sinha did ?


Dr. Anand Teltumbde, speaking at the launch of book, Ambedkar Can Neither Be Adopted Nor Appropriated by The Hindutva Elements.

The book is a reply to RSS Organiser special edition on Ambedkar (https://archive.org/details/ORGPdf), which is filled with blatant lies on Ambedkar.

Prof. K.Satyanarayana speaks on how RSS is appropriating and distorting Ambedkar's ideology by trying to replace it with the values of RSS & Modi and how they wish the Indian society to be.