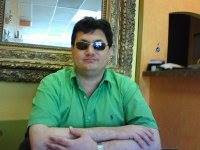 Statement of the Maoist Group Shouresh

on the sudden loss of Comrade Behrooz Navaii

On the 1st Tir 1394 (22nd June 2015)
after a period of being unaware about the condition of comrade Behrooz NavaiI (Kamran Mahjoob), we were informed by his Facebook and his brother that he was suffering from severe illness and passed away full of pain and suffering caused by class society, however, he left a legacy of revolutionary aspiration and knowledge and practice for us.

Comrade Behrooz Navaii was a hard-working member of communist movement who strived to advance revolutionary aspiration until the last breath and did not even stop momentarily his intensive revolutionary activities along the path of victorious revolutions for the international proletariat.

This Comrade with his theoretical knowledge about revolutions in the world was a former supporter of the Organisation of Fedayeen Guerrillas.

Comrade Behrooz Navaii had a good command of Farsi, English and Kurdish languages and he was a prominent internationalist. He was very popular in revolutionary media of Iran, India, Nepal, Philippines, Palestine, Kurdistan and the US.

The global status of this precious comrade wherever the revolutionary communist front is advancing had become absolutely clear to us when messages of commiserations from four corners of the world were sent to his Facebook page after his death.

Despite of his global prominence, while the young revolutionary forces were referring to him as their comrade and admirable brother, it is deplorable that he remained anonymous in the communist movement of Iran.

Moreover, he has translated an article entitled, "One year later: Nandigram and struggle against compulsory replacement in India" which will be published soon in the section of "People’s War" in the website of the Maoist Group Shuresh. It is necessary to state that regrettably it was agreed to defer the publication of comrade’s works to announcing the declaration of the group emphasizing Marxism-Leninism-Maoism and criticising the dogmato revisionist line of Avakianism.

Other important translations by him includes "Nine letters to comrades" written by Mike Ely which is along the path of exposing modern revisionism dealing with Bob Avakian’s so called New Synthesis.

Despite having various physical pains he did not stop his efforts and told us that he was writing an introduction for the translation of an article by Comrade Azad (a great Maoist and one of the leaders of People’s War in India), who more than fifty years ago wrote about global importance of the revolution in India, which will be published by the website of Shuresh.

Also, he has translated other works such as "Walking with the Comrades" written by Arundahati Roy; "Eyes on Maobadi" by Mike Ely; "Revolution in India: Lalgarth sparks of hope" by Sam Shell and … all of which will be published in a special edition by the Maoist Group Shuresh.

Furthermore, comrade played an effective role in daily activities to support revolutions in India and South Asia as well as forming circles of revolutionary youth in the US to initiate struggles against dogma revisionism of Bob Avakian, which has promoted the role of a leader to a prophet.

Although our collaboration with this revolutionary and determined comrade was short, but we are aware of the impact of this loss and believe it will be difficult to fill the gap of losing a revolutionary with such capability, selflessness, modesty and honesty.

Finally, we express our deep sorrow for losing comrade Behrooz Navaii and give our commiseration to all comrades and emphasize that whilst our movement has not been able to overcome economism and pacifism, it has lost another genuine revolutionary which has pleased imperialists and revisionist.

However, our message to the steel tigers who are in fact nothing more than paper tigers against the revolutionary masses is: dear comrade we are aware that no one will write a poem for your death but we will lit the prairie fire in the first entrenchment of liberating people’s of Iran in your name.


The above statement was read in Parsi to an event organised by Tjen Folket in Norway recently to remember Comrade Behrooz Navaii .

A memorial committee to Behrooz Navaii was also set up with a view to publishing his Parsi translations of articles on the People's War in India as a permanent memorial to his work.

If you have any of Behrooz Navaii Parsi translations on India  and Peoples War which could be included in a publication in his honour please sent them to nickglais@yahoo.co.uk.