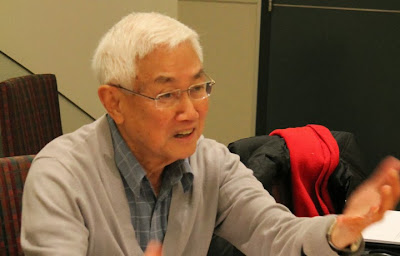 Opening speech at the Conference on Democracy, Self-Determination and Liberation of Peoples


European Parliament, Brussels, Belgium
23 September 2013
By LUIS G. JALANDONI
Chief International Representative
National Democratic Front of the Philippines
The Filipino people, like all other oppressed and exploited peoples, aspire for genuine democracy, self-determination, and liberation. This profound aspiration has expressed itself in a long tradition of struggle against foreign and local oppressors and exploiters.


During the 333 year colonial rule of Spain over the Philippines, from 1565 to 1898, more than 200 revolts were launched by the Filipino people. They rose up against the grabbing of their lands, the imposition of tribute, forced labor and conscription into the Spanish armed forces. The revolts were of varying scope and length. The longest was the 85-year revolt of the people of Bohol from 1744-1829.

This accumulated revolutionary tradition culminated in the armed struggle for independence launched by the proletarian leader, Andres Bonifacio in 1896. Victories over the declining Spanish colonial power resulted in the proclamation of the Philippine Republic in 1898, the first in the whole of Asia.

This victory was however cruelly squashed by US imperialism which launched a war of aggression from 1899 to 1913, causing the death of over a million Filipinos, some 1/5 of the total population. This genocide became the basis for 48 years of US colonial rule followed by more than six decades of neocolonial US domination of the Philippines.

But the profound aspiration for independence and liberation has never been extinguished. Under proletarian revolutionary leadership, the workers and peasants, the women and youth, the indigenous peoples, the urban poor, the fisherfolk, teachers, health workers and other sectors of the Filipino people have been waging a revolutionary struggle since 1968.


They survived the massive attacks of the US backed-Marcos dictatorship from 1972 to 1986. Tens of thousands were subjected to the worst human rights violations: extrajudicial killings, enforced disappearances, and torture. More than a million were displaced. Yet the people fought on.

Organs of democratic power in 70 out of 81 provinces

At present, the revolutionary forces have built mass organizations and organs of democratic power in 70 out of 81 provinces throughout the country. In more than 110 guerilla fronts elected people's committees constitute the local people's government. The revolutionary forces are consolidating the people's democratic government, with the Communist Party of the Philippines (CPP), the New People's Army (NPA) and the National Democratic Front of the Philippines (NDFP).

The NDFP declared in 1991 its adherence to Common Article 3 of the Geneva Conventions, Protocol II and international humanitarian law.

In July 1996, the NDFP declared its adherence to the Geneva Conventions and Protocol I. It did this as the political authority representing the Filipino people engaged in an armed conflict against the Government of the Republic of the Philippines (GRP) in the exercise of their right of self-determination. It submitted this Declaration to the Swiss Federal Council, the official depositary and to the International Committee of the Red Cross, the official guardian of international humanitarian law.

In its peace negotiations with the GRP, the NDFP has signed more than 10 agreements. Among these is the Hague Joint Declaration of 1992, the Joint Agreement on Safety and Immunity Guarantees (1995) and the Comprehensive Agreement on Respect for Human Rights and International Humanitarian Law (CARHRIHL, 1998).

The NDFP' is assisted by more than a dozen international legal experts who formed the International Legal Advisory Team (ILAT). Last year, the NDFP was assisted by the ILAT and Filipino lawyers as it formulated its Program of Action for the Rights, Protection and Welfare of Children. Subsequently, the NDFP set up its Special Office for the Protection of Children (SOPC). On other issues such as political affairs, the ILAT is also advising the NDFP.


Basis for Widespread Support of the People


The revolutionary forces within the NDFP carry out programs which respond to the aspirations of the Filipino people. It implements programs of land reform, health, education and culture. This is the basic reason for the widespread support and participation of the people in the liberation struggle.


Program of Genuine Land Reform
With 75% of the 100 million population consisting of the exploited and oppressed peasantry, the program for genuine land reform is the main content of the revolutionary program. It responds to the basic aspirations of the peasantry.

The minimum land reform program consists of lowering land rent, elimination of usury, and raising of farmworkers' wages. It is carried out widely and benefits millions of the rural population.
The maximum program of confiscation of land and free distribution to tillers is carried out where feasible in certain areas where the revolutionary movement is sufficiently strong. But the nationwide implementation of the maximum program will be possible only upon nationwide victory. It will include the provision of irrigation, farm to market roads, assistance for mechanization and building of cooperatives and collectivization towards greater productivity. Coupled with national industrialization it will lift the backward agrarian economy to a developed and prosperous one.


Educational and Health Programs
Revolutionary education on the history of the Filipino people and their culture is widely carried out. So are programs of literacy and numeracy. Revolutionary schools have been set up benefiting many thousands of peasants and national minorities, especially children and youth. Educational materials and works of art and literature have arisen from the revolutionary struggle. The revolutionary movement has promoted the use of Pilipino and regional languages.

Health programs making use of herbal medicines, acupuncture and Western medicine respond to vital health needs of the people. Health campaigns like anti-malaria and people's health clinics have been successful. Health professionals have been encouraged to serve the people in the countryside and in the urban slum areas. They have also trained paramedics to provide first aid and treatment for common illnesses. They popularize the use of herbal and traditional medicine culled from the aged-old practices of the masses.

The recent massive corruption scandal involving GPH President Aquino and many congressmen enrages the people. The amounts stolen run into hundreds of billions of pesos. The legal democratic movement is isolating the Aquino regime.


The US and the Aquino regime are finalizing an agreement for allowing increased US troops, warships and aircraft into the country. US troops based in the Philippines have started to fly surveillance drones .This escalating US military intervention will be further underlined with US President Obama's visit on October 11. All these serve the US strategic shift of its forces to the Pacific.


Call to Advance the People's War for National Liberation