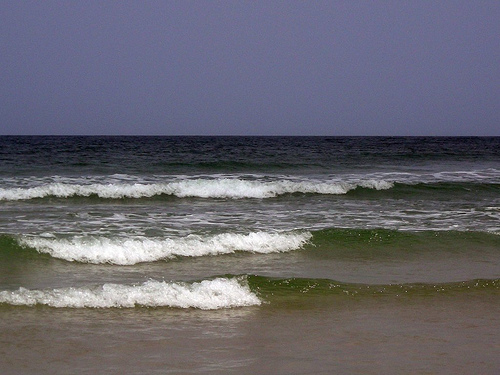 Democracy and Class Struggle has been pointing for some time the three waves that have been created by the Uprisings in North Africa and The Middle East and they are still in full flow.

The Islamic wave, the affect on Islam and how the Muslim Brotherhood's Islam in Egypt is becoming less undemocratic, a Turkish rather than Saudi fundamentalist version of Islam is on the political agenda in Egypt. While listening respectively to the warnings of Samir Amin we recognise changes in Political Islam, it is not static under the pressure of recent mass popular upsurges.

The Afrikan wave the affect on Afrika where comprador elites are beginning to feel the fear that they ruled the people by, may now become their achilles heel. The people gather courage in the towns and villages and the elites live in fear in their palaces. Look at Gabon, Cameron and Ivory Coast.

All these developments are positive developments in the real world of the North African and Middle East Uprisings and should provide knowledge and courage to take developments to a higher stage the struggle for Socialism.

However the real current weaknesses are obvious, Mao's three magic weapons of new democratic and socialist transformation  - the revolutionary Communist Party, The United Front, the Peoples Army are at present missing from this mass upsurge in North Afrika and Middle East. A combination of revisionism and repression has denied space to these revolutionary formations in many countries.

However, we  know these are the times when people learn more in weeks than they do in years, and they expressly do not wish to substitute one compradore elite for another and hence will to driven towards the scientific socialist ideology that will lead them out of the bondage of neo liberal capitalism  towards scientific socialism in the 21st Century - Marxism Leninism Maoism.