India : BJP having lying field day - faking its very own Maoist Assassination plot of Modi - Full fascism in play with Maoists being fall guys in BJP plot to win Elections

Democracy and Class Struggle say the REAL and RATIONAL must triumph over the FANTASY and IRRATIONALISM  of RSS and BJP listen to Justice Markandey Katju and Anand Teltumbade. 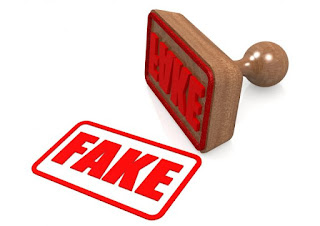 Suddenly interesting letters are being discovered by our police.

Some letters are claimed to be linked with the Bhima Koregaon violence.

Another exhorts assassination of the Prime Minister.

Considering that the Lok Sabha elections are less than a year away, and that all parties are now preparing for it, one cannot rule out that these letters may be concocted and planted.

After all, all is fair in love and war

The letter which is dated January 2 mentions that an upcoming event is coming on 6th December, which raises the doubt as December never comes after January.

Anand Teltumbade, brother of Milind Teltumbade and a professor at renowned Goa Institute of Management said,

“this absolutely nonsense, this is a figment of there imagination and everybody knows what police is capable of. This letter is abolsutely planted and no Maoist will write such kind of thin and will send it to somebody. They do not have basic brains to copy a letter; they are stooping to such a low level that it even beyond comment. Rona Wilson might be a sympathizer but he is not in touch in party, Jignesh Mewani is just being targeted because he is critical of Modi. Any democratic government should be ashamed of such politics.” 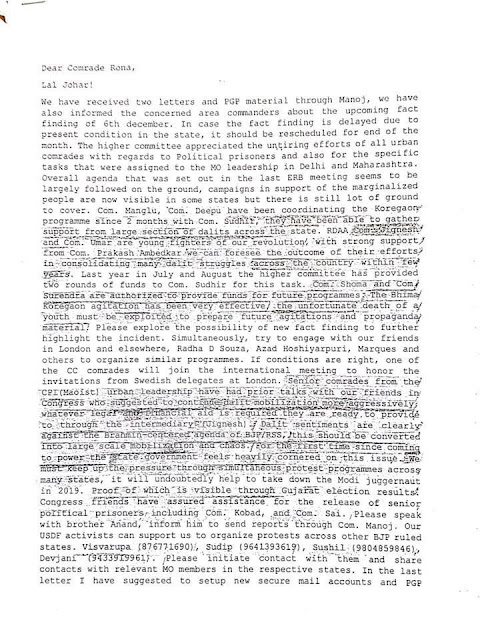 THE FAKE LETTER ABOVE