Movements in Egypt : US Realigns by Samir Amin 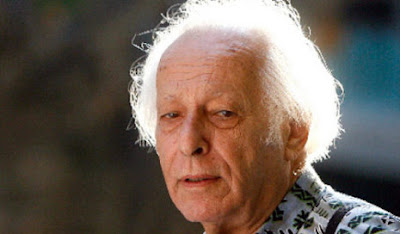 With Hosni Mubarak on a tentative footing, a US which once propped him up would now turn to a Muslim Brotherhood (MB) it regards as ‘moderate’, writes Samir Amin. But with the fundamental economic conditions which produced the social unrest in the first place unlikely to change much, and with the working-class and peasants’ movement yet to be fully involved, the same problems will remain, Amin concludes.

Egypt is a cornerstone in the US plan of control of the planet. Washington will not tolerate any attempt of Egypt to move out of its total submission, also required by Israel in order to pursue its colonisation of what remains from Palestine. This is the exclusive target of Washington in its ‘involvement’ in the organisation of a ‘soft transition’. In that respect the US may consider that Hosni Mubarak should resign. The newly appointed vice-president, Omar Soliman, head of army intelligence, would be in charge. The army was careful not to associate with the repression, thus protecting its image.

Mohamed ElBaradei comes in at that point. He is still more known outside than in Egypt, but could correct that quickly. He is a ‘liberal’, having no concept of the management of the economy other than the ongoing, and cannot understand that this is precisely at the origin of the social devastation. He is a democrat in the sense that he wants ‘true elections’ and the respect of law (stop arrests and torture), but nothing more.

It is not impossible that he would be a partner in the transition. Yet the army and the country’s intelligence will not abandon their dominant position in the ruling of the society. Will ElBaradei accept it?

In case of ‘success’ and ‘elections’, the Muslim Brotherhood (MB) will become the major parliamentary force. The US welcomes this and has qualified the MB as ‘moderate’, that is, docile and accepting the submission to the US strategy, leaving Israel free to continue its occupation of Palestine. The MB is also fully in favour of the ongoing ‘market’ system, totally externally dependent. They are also, in fact, partners in the ‘compradore’ ruling class. They took a position against the working-class strikes and the peasants’ struggles to keep their ownership of land.

The US plan for Egypt is very similar to the Pakistani model, a combination of ‘political Islam’ and army intelligence.

The MB could compensate their alignment on such a policy by precisely being ‘not moderate’ in their behaviour towards the Copts. Can such a system be delivered a certificate of ‘democracy’?

The movement is that of urban youth, particularly holders of diplomas with no jobs, and supported by segments of the educated middle classes and democrats. The new regime could perhaps make some concessions – enlarge the recruitment in the state apparatus, for example – but hardly more.

Of course things could change if the working-class and peasants’ movement moves in. But this does not seem to be on the agenda. Of course as long as the economic system is managed in accordance with the rules of the ‘globalisation game’, none of the problems which resulted in the protest movement can really be solved.

* Samir Amin is director of the Third World Forum and chair of the World Forum for Alternatives.